‘A Cause for Comedy’ 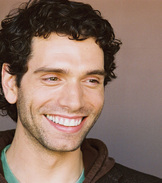 On Thursday, June 11, Causecast will officially launch “A Cause for Comedy,” a live and live-streamed monthly comedy series that raises money for charity. The June 11 show will take place at the Hollywood Improv with 100% of the proceeds from ticket sales benefiting L.A. nonprofit NextAid. Hosted and produced by Ben Morrison, Ashton Kutcher’s right-hand man during the last seaon of MTV’s “Punk’d,” the show will also feature comics Dan Levy (Comedy Central’s “Premium Blend,” “Chelsea Lately,” “The Late Late Show”), Bryan Callen (“MADtv,” “Sex and the City”), Whitney Cummings (“Chelsea Lately,” HBO’s “Down and Dirty,” “Made of Honor”), Daryl Wright, and a musical act by J. Chris Newberg. The one-hour show starts at 8 p.m.

Proceeds from “A Cause for Comedy” will go toward NextAid’s pilot project, the building of a community center and children’s residential village in Dennilton, an impoverished and AIDS-affected community in South Africa.

Here are the details: Tickets are $10 – $50. Guests 18 and older are welcome.  There is a two-item minimum per guest. When purchasing tickets online, check the “Will be dining” box when you check out in the Ticket Order section; diners get priority seating.