A Role for Evermore 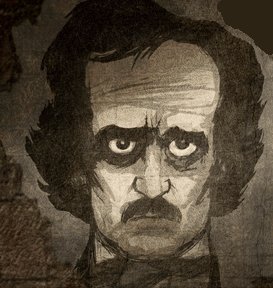 You won’t even recognize Jeffrey Combs, the star of the 1985 cult film “Re-Animator,” in his role as Edgar Allan Poe in “Nevermore…” at the Steve Allen Theater in Hollywood. Both physically and emotionally, Combs becomes the famous 19th-century writer and poet in the one-man show that has been extended through Dec. 19.

The show, which takes place in 1848, recreates a public recital like those Poe gave later in his life. There is some humor, but it’s mainly a tragedy, appropriately set a year after the death of Poe’s young wife and also a year before the author’s untimely demise at 40. It plumbs the depths of Poe’s disappointments, both personal and literary, and is interspersed with readings of some of his best-known works.

There are many actors who have read Poe’s Gothic tales and lyrical poems (check out Vincent Price performing “The Tell-Tale Heart” or Christopher Walken reciting “The Raven” on YouTube for two great examples), but Combs’ renditions may be the most definitive ones you will see. For instance, it was hard to tell when Combs as Poe interrupted the confessions of his travails – such as the early loss of his actor parents and his rivalries with New England writers and transcendentalists, all delivered with that trace of a Virginia accent – and when he began reading his classic story of terror, “The Tell-Tale Heart,” which begins “True! nervous, very, very dreadfully nervous I had been and am….”

Combs’ performance is a tour de force that will leave you awestruck at his ability not only to memorize the entire (hour-and-a-half or so without intermission) show but also to animate it with such intense emotion. The outpouring of excitement, humor, grief, and anger can be emotionally exhausting merely to watch. The intensity builds, aided by Poe’s consistent nips of alcohol, to an emotional climax, and ends in an unparalleled reading of “The Raven” tinged with regret and sorrow.

The “Re-Animator” writing and directing team of Dennis Paoli and Stuart Gordon joined forces again for this show, and Paoli drew from Poe’s own writings. “Our text is taken from his letters and essays and we have based our evening on reviews and reports of his actual appearances,” Paoli is quoted in the program. Indeed, “Nevermore…” is a brilliant glimpse of a writer as intense as his fiction.

Reviews have been glowing and shows (Fridays and Saturdays at 8 p.m.) have been selling out. Since seating is general admission, and the Steve Allen Theater has a disorganized system of entry (people tend to crowd the door and make their way to the front whether there is a makeshift line or not), it’s best to get there early in order to get a good seat. For this show, it would definitely be best to snag a seat in the first six rows, especially because Combs performs an emotionally climactic part offstage (in the aisle and in front of the first row by the exit door).