Anne Teresa De Keersmaeker and Rosas in Residence at UCLA 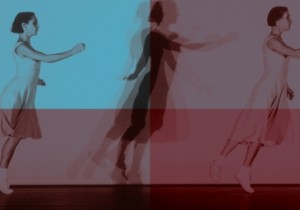 In an uncommonly thorough week of performance at UCLA’s Royce Hall, Belgian choreographer Anne Teresa De Keersmaeker brings her contemporary dance company, Rosas, into town for four different programs beginning Tuesday, Nov. 10, and continuing Thursday, Nov. 12, through Saturday, Nov. 14. All shows begin at 8 p.m. Culture Spot posted a ticket giveaway last week and there are still some pairs available. Email Editor@CultureSpotLA.com with “Rosas” in the subject line if you’d like to attend.

Presented by the University’s Center for the Art of Performance, the week is titled “Rosas: Then and Now” and includes two early and career-defining evening-length works and two American premieres of more recent creations. Highlighting the choreographer’s intimate connection between movement and music, the integral composers include 20th-century innovators Steve Reich (Tuesday), Thierry De Mey and Peter Vermeersch (Thursday), Arnold Schoenberg (Friday) and Gérard Grisey (Saturday).

Since the company’s inception in 1983, it has performed all over the globe to resounding critical acclaim. The artist herself will dance in the opening production, “Fase, Four Movements to the Music of Steve Reich.” Like the music — minimalist and repetitive — the dance surprisingly results in a climactic crescendo.

Having studied in Europe and New York and received New York Dance and Performance Bessie Awards for her early work, De Keersmaeker re-mounts “Rosas danst Rosas” for this four-date semi-retrospective. This quartet is described in promotional materials as “five chapters of intense physical energy” and is further heightened by “The Re:Rosas Project.” This is an invitation for Angelenos to learn the steps to the dance, create a unique and personal version of it, and make a video of their creation to share on the CAP UCLA website.

The following program, “Verklärte Nacht” (Transfigured Night) is based on the Schoenberg score and a romantic poem by Richard Dehmel about a woman’s love for one man while she is carrying the child of another. Originally presented as a group piece, this current interpretation is as a fine-tuned duet.

The final evening’s more recently created sextet, “Vortex Temporum,” explores the body’s ability to demonstrate polyphony in music by linking one moving musician with a dancer, both following a “vortex of swirling circles.” Preceding that on Saturday afternoon, the artist and performance theorist/musicologist Bojana Cvejić will discuss the De Keersmaeker oeuvre in a free Art in Action event titled “The Choreographer’s Score.” This will take place at the UCLA Glorya Kaufman Theatre in Kaufman Hall at 5 p.m.

This is a rare immersion into the creative world of Anne Teresa De Keersmaeker.

Royce Hall is located at 340 Royce Drive, LA 90095. Tickets are $19 to $69 and are available at cap.ucla.edu, all Ticketmaster outlets, by phone at (310) 825-2101 or in person at the UCLA Central Ticket Office located in the southwest corner of the James West Alumni Center. Student rush tickets, subject to availability, are offered at $15 one hour before show time to all students with valid ID. For more information, visit http://cap.ucla.edu/calendar.