Bill Graham and the Rock & Roll Revolution at the Skirball 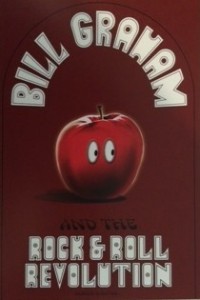 From the relatively obscure Moby Grape to the iconic Rolling Stones, many of the music greats from the ’60s to the ’80s are at the Skirball Cultural Center in Los Angeles right now. “Bill Graham and the Rock & Roll Revolution” brings together music and memorabilia from an era of incredible artistic output to illustrate the legacy of legendary rock concert promoter Bill Graham (1931-1991).

Four years in the making, this first museum retrospective about Graham catalogues his life from a young boy in pre-Nazi Germany to his tragic death in a helicopter accident in 1991 at the age of 60. But most of the exhibit focuses on his life as a pioneering concert promoter, starting with the Fillmore in San Francisco and including Live Aid and other mega-charity festivals.

You might wonder why the Skirball, whose “mission is to explore the connections between 4,000 years of Jewish heritage and the vitality of American democratic ideals,” is hosting a retrospective on Graham. The reason is that Graham, whose real name was Wulf Wolodia Grajonca, was Jewish and his story illustrates the American dream — he built a life from nothing, landing on our nation’s shores at age 11 as an orphan escaping the Holocaust. Not only did he become a major cultural influence, he was also extremely philanthropic and the first person to recognize the power of rock and roll to raise money for humanitarian causes.

The exhibit includes memorabilia never before displayed publicly, including samples of the famous psychedelic posters advertising concerts at the Fillmore (West) and Winterland Ballroom in San Francisco and the Fillmore East in New York, and photos of many of the groups and musicians who Graham helped to achieve fame and stardom by booking them at his venues. There is also a Joshua Light Show like the ones seen at the Fillmore decades ago, complete with a soundtrack recorded at the club. For music lovers, this is not just an exhibit — it’s an experience.

Selected items on display include: 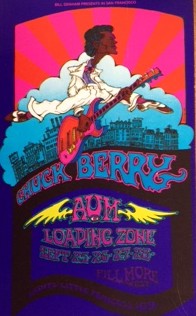 Chuck Berry poster for Bill Graham Presents by Greg Irons featured in "Bill Graham and the Rock & Roll Revolution" at the Skirball / This copy courtesy of the personal collection of the author.

During a press preview, Skirball Director Robert Kirschner (who, incidentally, didn’t know Graham but was the rabbi at his memorial service in San Francisco) pointed out that Graham really revolutionized the concert scene. He intentionally set out to integrate rock concerts through his promotion, bringing black and white audiences together and booking black artists who were unknown to the mainstream but soon became popular.

Even with the great memorabilia on hand, Graham’s story is equally compelling. Graham biographer Robert Greenfield shared a story about how Graham ended up in an orphanage in New York when he first arrived in America, where he lived a miserable existence and would steal apples from a nearby orchard to feed himself and the other hungry children. That story clicked with something at the very beginning of the exhibit — a barrel of apples. Curator Erin Clancey said that Graham would play host at the Fillmore by leaving apples at the entrance with a sign — “Have one… or two.” Greenberg doubts that it was a conscious connection for Graham, but it is definitely poetic. At the Skirball, the original tin and wood barrel filled with apples is encased in glass, and, cleverly, instead of fruit, visitors are encouraged to “have one or two” apple postcards created by Randy Tuten in the style of his famous Led Zeppelin avocado poster for Bill Graham Presents.

The Skirball has two other related exhibits celebrating the music and poetry of an iconic era. After admiring the hand-drawn posters in the Graham exhibit, head toward the café to view “Rock & Roll Billboards of the Sunset Strip,” with Robert Landau’s photographs of hand-painted music billboards from the same time (through Aug. 16). Also, check out “The Singing Posters: Poetry Sound Collage Sculpture Book,” Allen Ruppersberg’s take on Allen Ginsberg’s “Howl” recreated on 200 posters (phonetically) displayed interspersed with vintage posters (through Aug. 23). Read along with the book, conveniently supplied for visitors.

Plan to spend the day.

“Bill Graham and the Rock & Roll Revolution” will be on display from May 7 to Oct. 11 at the Skirball Cultural Center. It will travel to other U.S. cities when the run ends. The Skirball Cultural Center is located at 2701 N. Sepulveda Blvd., LA 90049. Admission to “Rock & Roll Billboards of the Sunset Strip” is free every day. Admission to all other exhibitions: $10 general; $7 seniors, full-time students and children over 12; $5 children 2–12. Exhibitions are always free to Skirball members and children under 2. Exhibitions are free to all visitors on Thursdays. For general information, call (310) 440-4500 or visit skirball.org.