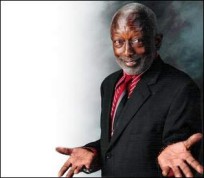 The Downtown Comedy Club has been on hiatus for months and, boy, are we glad owners Kevin Garnier and Garrett Morris are finally bringing back funny. After stints in a rundown old hotel and then a sushi restaurant in a swanky hotel, the club re-opens this weekend in a home of its own on Fifth Street in the Gallery Row area.

The grand re-opening celebration begins Friday, May 1, with a 9 p.m. show and continues Saturday, May 2, with shows at 8 and 10 p.m. Vicki Barbolak, Nick at Nite’s America’s Funniest Mom, will headline. Garrett Morris, the actor from the original “Saturday Night Live” cast whose memorable characters include Chico Escuela and the President of the New York School for the Hard of Hearing, returns as the host who doesn’t limit himself to four-letter curses.

Garnier, who’s been in comedy for 15 years, founded the club two years ago with Morris. It was voted best comedy club in the LA area both years on myfoxla.com, undoubtedly because these pros managed to book a steady stream of up-and-coming comedians and top comics, including Craig Shoemaker, Doug Stanhope, Jamie Kennedy, Mark Curry, and Tommy Davidson.

Tickets are $10. Parking is available in various lots and garages in the area.