A frequent performer on Sundays Live, Daniel Schlosberg has given solo and chamber music recitals in preeminent venues and series, including Bargemusic (Brooklyn), Austrian Cultural Forum (New York City), Mostly Music at Northeastern Illinois University (Chicago), the Phillips Collection and at the embassies of Romania, Israel, Germany and Austria in Washington, D.C. Schlosberg studied at the Peabody Conservatory with Ann Schein and at Stony Brook University with Gilbert Kalish. He is Artist-in-Residence at the University of Notre Dame.

Begun in 1948, Sundays Live is the longest-running music broadcast in Los Angeles. It presents weekly classical chamber music concerts and recitals by premier professional artists from Southern California and around the world. These one-hour concerts are presented free to the public at 6 p.m. on Sundays in the Leo S. Bing Theater of the Los Angeles County Museum of Art. No tickets or reservations are required and all are welcome.

Listen live on the internet via streaming audio on Sundays at 6 p.m.: http://sundayslive.org/SundaysLive.asx.

Attend on Sunday and listen again on Wednesday. Each Sunday concert is heard by delayed broadcast the following Wednesday at noon on Cal State Northridge Classical Radio KCSN. Listen over the airways at 88.5FM or over the internet at http://www.kcsn.org/. 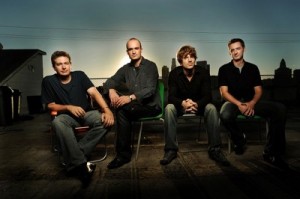 The Calder Quartet performs on Jan. 10.

From its origin at USC and the Colburn School, the Calder Quartet has established itself among the world’s leading quartets. The Calder Quartet has appeared in the Washington Performing Arts Society’s Kreeger String Series at the Kennedy Center, the Mostly Mozart Festival at Lincoln Center, UCLA Live, San Francisco Performances, the Aspen Music Festival, La Jolla Music Society’s SummerFest, and Orange County Performing Arts Center’s Reneé and Henry Segerstrom Concert
Hall. During the 2006-07 season, the Calder Quartet was the Juilliard School’s Graduate Resident Quartet. In the 2007-08 season, it was appointed the first quartet-in-residence and its members the newest faculty of the Colburn Conservatory of Music.

Watch the Calder Quartet perform the “Dissonance” quartet at the Colburn School:
http://www.youtube.com/watch?v=mjZylz3nCwQ.

This concert is presented by the Rose and Edward Engel Music Commission and the Nita and Jack Corinblit Endowment for the Arts. Thanks to Rose Engel, who underwrites an annual chamber music concert at Adat Ari El in memory of her late violist husband Edward Engel, you have the rare opportunity to hear a free concert from the acclaimed CALDER QUARTET in the superb acoustics of the beautiful David Familian Chapel.