The Bach Collegium of San Diego, a distinguished vocal and period instrument ensemble conducted by Ruben Valenzuela, will be in town Monday, Nov. 2, at 7 p.m. at the Chapel of the Sacred Heart at Loyola Marymount University with sopranos Anne-Marie Dicce and Suzanne Anderson, alto Janette DeStefano, tenor Stephen Sturk, and bass Michael Blinco. The program, titled The Italian Sojourn: Handel in Rome, will include Handel’s “Dixit Dominus”; Corelli’s Trio Sonata in F Major, Op.1 No.1; and Albinoni’s Sonata 1 in G Major, Op.2 No.2. The Ensemble has developed a reputation for scholarly interpretations of Baroque music in its past six seasons, and this concert will be a great opportunity to hear them locally. 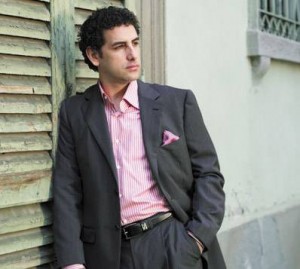 Juan Diego Florez performs at the Broad Stage on Nov. 3.

Born in Lima, Peru, Juan Diego Florez studied at the National Conservatory of Music in Lima and at the Curtis Institute of Music in Philadelphia. In 1996, he made his debut at the Rossini Opera Festival in Pesaro, Italy, and was considered an overnight sensation.  Florez has performed with the Metropolitan Opera in New York, Royal Opera House in London, Vienna State Opera, Paris Opera, Madrid’s Teatro Real, Barcelona’s Gran Teatro Liceo, Lyric Opera of Chicago, San Francisco Opera, Zurich Opera, Deutsche Opera in Berlin, and the Salzburg Festival, to name a few. Don’t miss this rare opportunity to hear one of the greatest tenors of our era. The program on Tuesday, Nov. 3, at the Broad Stage will include selections by Rossini, Bellini, and Donizetti.