Classical Live at the Lounge

First New York got one. Then LA did. It may be the future of classical music, or not. But one thing is for certain: It is an attempt to bring new vitality to the genre and appeal to a younger — or bored, or ADD — crowd. And that can only be a good thing. I’m speaking of Manhattan’s (Le) Poisson Rouge and Hermosa Beach’s Live at the Lounge, venues that present classical music in a club setting while dinner and drinks are served.

Classical Live at the Lounge had its inaugural concert on Feb. 13 in a 90-person theater adjoining the well-known Comedy and Magic Club, where Jay Leno is a regular stand-up. Every Saturday night, the club offers an eclectic menu featuring established and young talent (many pouring out of prestigious programs at the Colburn School and USC Thornton School) serving up traditional fare like the three Bs with something extra to lighten things up — like “favorite love songs for baritone” for the Valentine’s weekend concert. 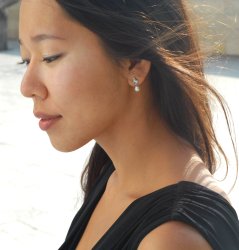 The creative forces behind Classical Live at the Lounge are the founder of the Comedy and Magic Club, Mike Lacey, and artistic advisor Yana Reznik, who trained at the Manhattan School of Music, earned a Master’s degree at the USC Thornton School of Music, and received a Professional Studies Certificate at the Colburn Conservatory with pianist John Perry.

While we at Culture Spot have not yet ventured to Hermosa Beach, we look forward to visiting Classical Live at the Lounge one of these Saturdays. Anything that promises to revitalize the experience of classical music deserves support. Alex Ross wrote in The New Yorker recently about the need to find younger classical fans given the bleakness of the most recent NEA’s Survey of Public Participation in the Arts and a report by the League of American Orchestras. The bottom line is the same foreboding tune we’ve been hearing for years: “The number of people who venture out to classical performances in a given year has been declining for almost three decades, and that such people are getting steadily older. Further, each new generation participates less than the one that came before it.” There are some more promising details as well, so check out the entire article (“Close Listening,” Feb. 8; it’s short for the magazine, only two pages) if you can get your hands on a copy (the web version gives a summary but requires a subscription).

Traditionalists may worry that the club setting could ruin the music, throwing it into the background while the real entrée becomes the entrée. But Ross said the opposite may be true at Poisson Rouge. Sure, there are unavoidable noises given the restaurant and bar and servers at work, but the audience also tends to be extremely attentive and quieter than the coughing, fidgeting concert-hall crowd. Ross called Poisson Rouge, started by two classical musicians in their late twenties in 2008, a “brave experiment, from which mainstream organizations have much to learn.” One step concert halls could take immediately is to lower the house lights so the focus stays on the performers. It’s an easy thing to try, and makes perfect sense.

It will be interesting to see where Classical Live at the Lounge goes and what impact it has on the local music scene. And hopefully it will have an impact. It’s not just younger generations that need a tempting new experience, there are plenty of people snoozing at the concert halls who probably wouldn’t find themselves face down in a plate of salmon while listening to Liszt.

Classical Live at the Lounge is located at 1014 Hermosa Ave., Hermosa Beach. Opens for dinner at 7 and show starts at 8 p.m. Admission is $12 plus two-drink minimum. Advance tickets recommended: www.liveatthelounge.com, (310) 372-1193.