Review: David Robertson Conducts the LA Phil in Music ‘From the New World’ 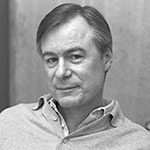 On April 23, American conductor and Music Director of the St. Louis Symphony Orchestra David Robertson presented an all-American concert of works, including Three Places in New England by American composer Charles Ives, the West Coast premiere of the LA Phil co-commission of the Organ Concerto by American composer Christopher Rouse performed by organist Paul Jacobs, and the Symphony No. 9 in E minor, Op. 95 by Dvořák, which was composed in New York City.

The program opened with the Ives, in which the composer presents musical depictions of three places that were important to him in different ways when he was young. The first movement depicts the “St. Gaudens” in Boston Common (Col. Shaw and his Colored Regiment), a statue commemorating a union officer — Col. Shaw — who marched a unit of black volunteer soldiers into a massacre and their death in South Carolina during the Civil War. The second movement, “Putnam’s Camp, Redding, Connecticut,” depicts a Revolutionary War general — Israel Putnam — who set up camp in Redding. The third movement, “The Housatonic at Stockbridge,” represents a walk Ives took along the Housatonic River in Stockbridge, Massachusetts, with his new wife.

All three movements are perfect examples of Ives’ writing incorporating not just American themes, but snippets of American hymns, folk songs, marching bands, Civil War tunes and old slave plantation tunes. The result is a distinctively American musical portrait that displays his penchant for mixing orchestral layers and different sections of the orchestra playing against one another. And what better orchestra to perform the Ives than the LA Phil, which The New York Times recently called “the most important orchestra in America. Period.” Robertson took full advantage of both the Ives and the LA Phil to deliver a performance worthy of an American celebration.

The first half concluded with the Organ Concerto by Christopher Rouse. With faint hints of the Poulenc Organ Concerto and the Saint-Saëns “Organ” Symphony, Rouse gives us an energetic concerto that intermixes tonal and atonal sections, and provides a showpiece for the organist. At Disney Hall, the portable organ was placed at the edge of the stage where most of the audience could watch organist Paul Jacobs navigate the complex terrain of the instrument, playing three keyboards sometimes with one hand each on a different keyboard while pushing and pulling stops and feet dancing on the low register pedals, and where Jacobs could see Robertson who deftly accompanied him. Jacobs not only demonstrated his dexterity, but his skill both in the concerto and in his encore of the Bach Fugue in A minor, BWV 543, which includes a section in which the feet alone play. And, of course, what can one say about the Walt Disney Concert Hall organ, but wow! Walt Disney Concert Hall is my church, and with the organ shaking the rafters and filling the hall with its incredible sound, it completes the metaphor.

The concert concluded with Dvořák’s most popular symphony, which he wrote while visiting New York and overseeing the newly founded New York National Conservatory. The symphony is composed of original melodies based very loosely on themes Dvořák associated with Native Americans and slaves. However, while it was composed in American based on American motifs, it still bears Dvořák’s distinctively bohemian roots.

The Dvořák was a tonal oasis from the more atonal works in the first half, and because it is played so often, it gave the audience a chance to compare Robertson’s version with those of other conductors. And his was almost revelatory. Despite numerous forte passages throughout the symphony, Robertson saved the loudest for the coda in the last movement, which gave the impression of the entire symphony building up to that moment. The horns were glorious, and Carlolyn Hove’s plaintive English Horn solo in the slow movement was tender without being sentimental.

Robertson’s conducting throughout was as energetic as the middle movement of the Ives and the two outer movements of the Rouse. But he also carved very delicate passages, in particular the first and third movements of the Ives and the second movement of the Rouse, but especially the evocative slow movement of the Dvořák, and used his whole body for the more upbeat passages, at times even dancing on the podium. Robertson appeared to enjoy every minute, and, like Dudamel, when accepting applause (and cheers and standing ovations) from the audience, stood to the side to give the orchestra its well-deserved due.