Deborah Hay on Dance With the Cullberg Ballet 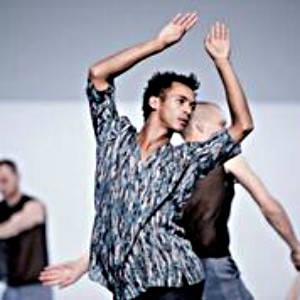 World-renowned experimental choreographer Deborah Hay is sharing her unique perspective on dance at UCLA this Saturday and Sunday, Oct. 15 and 16, in “A Platform in Three Parts.” Part of the Center for the Art of Performance’s new season, these performances will take place at the Freud Playhouse at 4:30 and 8 p.m. each day.

Described in promotional materials as “a multidisciplinary program revealing the evolutions of a body of choreographies from the score [for]“No Time To Fly,” the two distinct productions will offer differing approaches to a movement-based “script” created by the Judson Church postmodern dance maker.

The afternoon show is a duet performed by Australian-born and LA-based Ros Warby with Herb Alpert Award-winner Jeanine Durning. The women will present their personal interpretations of Hay’s signature series of solo dances, adapted into the trio, “As Holy Sites Go,” and now re-modeled into a work for two dancers.

But let’s take a step back. Hay’s pioneering involvement in the Judson Church movement in New York City in the 1960s revolutionized dance as it had been understood. The collection of artists in that corner of the world at that time revised dance vocabulary to include pedestrian actions — as in walking and running — and a task orientation: all things that untrained movers could do. Hence, though there may not be pirouettes on this program, do expect a conceptual rigor and moments of surprising beauty.

In the evening, the internationally celebrated Cullberg Ballet makes its return to Los Angeles after 14 years with Hay’s “Figure A Sea.” Accompanied by Laurie Anderson’s one-of-a-kind music, the 21-member company expands Hay’s solo, duet and trio explorations into what the artist describes as “a meditation on seeing” and “a space for self-reflection.”

Hay has received national recognition for her work and has been commissioned by Motion Bank in Frankfurt, Germany, a virtual library of aesthetics created by the Forsythe Company. The Cullberg Ballet, founded nearly 50 years ago in Stockholm, Sweden, has performed across the globe and is now under the artistic direction of Gabriel Smeets.

Along with these performances, there are video installations, films and projections in and around the Freud Courtyard that provide insight into Hay’s creative practice. Discussions with the artists follow each show.

Tickets ($29 – $49 per performance) are available at cap.ucla.edu, via Ticketmaster and at the UCLA Central Ticket Office at (310) 825-2101. Purchase tickets to both performances and receive a 10 percent discount.