Culture Spot’s own Hank Schlinger performs a solo acoustic gig of finger-style country blues at the Coffee Gallery Backstage in Altadena on Monday, Aug. 31, at 8 p.m. He opens up for the hugely popular doo-wop group The Alley Cats. Tickets are $15. Here is more information from the Coffee Gallery’s website: 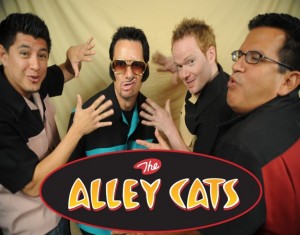 The Alley Cats…… are a perfect blend of musical talent and comic timing. Their interaction with audiences combined with their spontaneous humor makes each show refreshing and exciting. Royce, Juan, Mando, and Sean never miss a beat as they bring their own contemporary style to the great songs of the 50s and 60s.  They have recorded four albums, which showcase their rich harmonies, as well as the energy and humor from their live shows. Every Alley Cat performance is accompanied by the sounds of laughter and voices joining in to sing the melodies we all know and love. Tight harmonies, universal humor, and unbelievable a cappella energy have made THE ALLEY CATS “America’s Premier Doo-Wop Group.”  Most booked Doo-Wop group.

Listen to the Alley Cats: http://www.myspace.com/thealleycatsdoowop 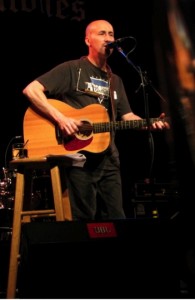 PLUS… A special extra act. HANK SCHLINGER:  When guitarist Hank Schlinger takes a break from performing his own classic rock songs with his band, he likes to get back to his musical roots with some acoustic finger-style country blues. The Texas native, who now calls LA home, showcases his extraordinary, tasteful finger-style technique and his bluesy baritone on a variety of upbeat, toe-tapping songs by such celebrated country blues artists as Blind Willie McTell, Reverend Gary Davis, Doc Watson, and Taj Mahal. He usually tosses in an original guitar instrumental or two, as well as some by the legendary John Fahey.

Plus, check out some videos of Hank performing country blues at Genghis Cohen:
http://vids.myspace.com/index.cfm?fuseaction=vids.channel&friendID=47776398&n=47776398

Bob Stane, owner of the Coffee Gallery Backstage, describes the venue as “a drop dead gorgeous listening club in Altadena/Pasadena, California. Great sound, theatrical lighting, comfortable seating and a non-alcohol format that laser focuses the audience on the talents of the act which is tantalizingly close to them.” The intimate venue seats 49 people, and the audience tends to be 40+. The FolkWorks 2008 Top Ten Awards raved about the Coffee Gallery as one of the Best Indoor Acoustic Music Venues in the Greater LA Area.