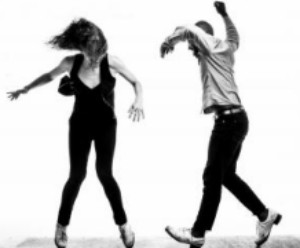 Rarely does a dance artist come around that revolutionizes the art form, but Michelle Dorrance and her company, Dorrance Dance, are doing just that. They’ll be presenting their award-winning wares at the Wallis Annenberg Center for the Performing Arts (the Wallis) in Beverly Hills this Thursday through Saturday, Oct. 12-14, at 7:30 p.m., with a matinee on Saturday at 2 p.m.

Described in promotional materials as “blasting open our notion of tap,” the company honors tap traditions while pushing forward rhythmically, aesthetically and conceptually into a new 21st-century idiom. The program includes a new, fully extended West Coast premiere version of “Myelination” with original live music, the rarely seen award-winning “Three to One” and a revival of the whimsical “Jungle Blues.”

The company has received countless accolades and rave reviews and has performed all over the world. Dorrance has been awarded citations ranging from a 2015 MacArthur Genius Award, a 2014 Alpert Award, a 2013 Jacob’s Pillow Dance Award, a 2012 Princess Grace Award winner and Bessie Awards in 2011 and 2015.

The New York Times says: “With each performance of Dorrance Dance, tap expands.”

The Bram Goldsmith Theater in the Wallis Annenberg Center for the Performing Arts is located at 9390 N. Santa Monica Blvd., Beverly Hills 90210. Tickets are $45-$125 and can be purchased at http://tickets.thewallis.org/single/PSDetail.aspx?psn=10270.