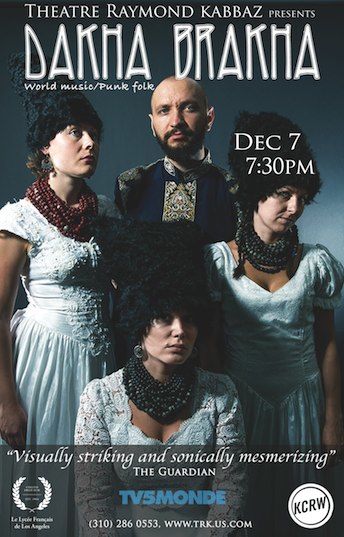 DakhaBrakha will perform at Théâtre Raymond Kabbaz on Dec. 7. / Photo courtesy of TRK

Culture Spot LA readers can win a pair of free tickets to Sunday’s concert. Email editor@culturespotla.com with “TRK” in the subject line to be entered in the drawing.

Fresh from lauded appearances on Prairie Home Companion and at Bonnaroo, the group has been touring the U.S. and Europe this autumn. Rolling Stone dubbed the band’s recent Bonnaroo appearance the “Best Break Out,” gushing that DakhaBrakha had “one of the most responsive crowds of the weekend.”