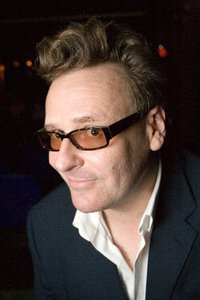 Every weekend well-known and up-and-coming comics take the stage at the Downtown Comedy Club.  Hosts Kevin Garnier and Garrett Morris (hilarious original “Saturday Night Live” cast member) do it for the love of it.  And you’ll love the atmosphere they’ve created at their Gallery Row space.  This is not your typical Hollywood all-we-care-about-is-the-two-drink-minimum comedy club.

This weekend (Friday and Saturday at 9 p.m.) Greg Proops appears at the Downtown Comedy Club.  If you ever saw him on the Drew Carey-hosted TV show, “Whose Line Is It Anyway?,” then you know how funny Proops is.

Entertainment, including open-mic and opening acts, starts at 7 p.m.  For tickets and information and a schedule of upcoming comedians, visit www.downtowncomedyclub.com.