Three-time Grammy Award-winning violinist Hilary Hahn will make her only LA appearance this year in Los Angeles Chamber Orchestra’s season-opening concert. And equally big news: College students can see the concert for the equivalent of a dollar when they buy an All Access Pass. 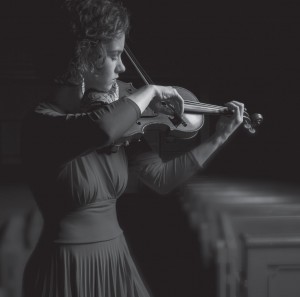 The concert also features LACO Creative Advisor and Composer-in-Residence Andrew Norman’s Try, a U.S. premiere of Franco Donatoni’s Eco and Mendelssohn’s Symphony No. 4, “Italian.” Following each performance, the audience is invited to a free post-concert party in the lobby to celebrate LACO’s season opening.

Hahn and Batjer recorded Bach’s Concerto for Two Violins in 2003 for Deutsche Grammophon with LACO and LACO Conductor Laureate Jeffrey Kahane. On Oct. 5, Hahn will release a highly anticipated new album of Bach sonatas and partitas for solo violin on Decca Classics, which is the follow-up (some 21 years later) to her debut album, Hilary Hahn Plays Bach, recorded when she was just 17 to great critical and popular success.

College students ages 17 to 30 can enjoy one of the best bargains in the city with Los Angeles Chamber Orchestra’s “Campus to Concert Hall All Access Pass,” which provides admission to some 30 LACO concerts and events for $30, the equivalent of just $1 per ticket.

As an added bonus, the All Access Pass includes access to performance after-parties to mingle with musicians; advance reservation privileges; and the option to reserve up to three additional tickets at just $8 each for college friends (valid college ID required).