Jean-Yves Thibaudet with Colburn Extravaganza at the Wallis 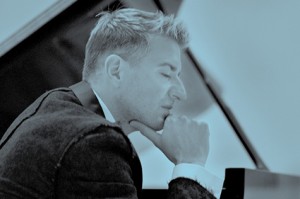 On March 29 at the Wallis Annenberg Center for the Performing Arts, Jean-Yves Thibaudet performed with Colburn School students in a powerhouse program that spotlighted the amazing talents of both the world-renowned pianist and musicians as young as 12.

Before the Colburn Extravaganza began, Colburn School CEO Sel Kardan announced that Thibaudet has renewed his tenure as artist in residence through 2019-20. Thibaudet talked about his strongly held belief in the importance of education and his desire to pass on what he had learned from one of his teachers who was a student of Ravel — he later performed “Pavane Pour une Infante Defunte” and “Ma Mere L’oye.”

Student musicians from the Colburn Conservatory of Music, the Colburn Music Academy and the Colburn School of Performing Arts accompanied Thibaudet on violin and trumpet or played piano pieces for four hands and two pianos. The musicianship of these young people was remarkable, not only keeping up with the famous pianist in a series of pieces that would challenge the best soloists on the world stage, but dazzling the audience as well. Hands on keys and bows on strings moved so quickly and flawlessly they almost defied belief.

What a treat it was to see such incredible talent in the intimate and acoustically wonderful Bram Goldsmith Theater — a venue we would recommend for any of the Wallis’ programming, which includes dance, theater, music and more. This random Wednesday night in March at the Wallis just goes to show that Angelenos have access to a plethora of incredible art and culture every day.

Visit the Wallis at: www.thewallis.org

Visit the Colburn School at: www.colburnschool.edu