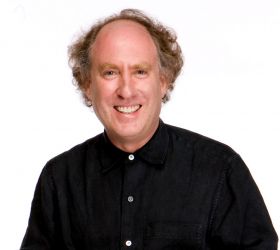 Los Angeles Chamber Orchestra (LACO) Music Director Jeffrey Kahane conducts the world premiere of Christopher Cerrone’s Will There Be Singing, commissioned by the Orchestra, as part of his final concert with the Orchestra on Saturday, May 20, at 8 p.m. at the Alex Theatre and Sunday, May 21, at 7 p.m. at Royce Hall. The program will also include Mozart’s Piano Concerto No. 27 in B-flat major, K.595, and Schubert’s Symphony No. 9 in C major, D. 944, “The Great.”

With these two performances, Kahane concludes a 20-year tenure at the Orchestra’s helm, having led LACO to tremendous artistic, critical and popular acclaim and made a permanent imprint on LA’s classical music scene.

“These 20 years have been a journey unlike any other I have ever taken or ever will,” Kahane told Culture Spot LA. “It has been an inexpressible joy and a supreme privilege to have been part of the transformation of this orchestra. I feel blessed to have been able to watch LACO assume its rightful place as one of the true jewels in the cultural crown of Los Angeles, a city which has, over the same period, blossomed into one of the world’s greatest centers of culture. There is no doubt in my mind that the orchestra’s next 50 years will be even more exciting than its first 50.”

When Kahane joined LACO in 1997, he was instrumental, along with the LA Philharmonic’s Esa-Pekka Salonen, in helping to transform LA’s cultural image. Critics began looking at the city in a different light as the City of Angeles gradually became a mecca for new music.

Kahane’s contributions to that evolution (drawing the ire of many an audience member in the beginning) included commissioning and premiering chamber works by Pierre Jalbert, Donald Crockett, Derek Bermel, Timothy Andrew, Julia Adolphe, Matthew Aucoin, Andrew Norman and Hannah Lash, among many others. With LACO — as with his former orchestra, the Colorado Symphony — he earned ASCAP Awards for Adventurous Programming. He also championed rising young artists such as Hilary Hahn, Lang Lang, Thomas Quasthoff and Alisa Weilerstein.

A gifted pianist as well as a conductor, Jeffrey was the First Prize winner at the 1983 Rubinstein Competition and a finalist at the 1981 Van Cliburn Competition. He was also the recipient of a 1983 Avery Fisher Career Grant.

Though audiences will miss seeing him play the piano and conduct (often from the piano bench) with LACO in Glendale and Los Angeles, he will continue training future generations of musical artists as a professor of keyboard studies at the University of Southern California Thornton School of Music.

CHRISTOPHER CERRONE              Will There Be Singing (LACO commission; world premiere)

One hour before curtain, pre-concert talks provide insights into the music and artists. Free for ticket holders.

Party with Kahane and LACO artists to celebrate his final appearance as LACO Music Director. Free for ticket holders.