Widely respected for its long history of developing actors, composers, directors, and playwrights, one year ago KTC created INKubator – a monthly series dedicated to public readings of new works-in-progress. Since January 2011, the workshop has premiered new works by 11 musicians and nearly two-dozen writers, ages 17 to 80. The developmental process includes audience “talk-backs” and quarterly follow-ups with the artists to monitor their progress. INKubator has already moved four works to full production, with three more currently in final development stages and slated to premiere later this year. 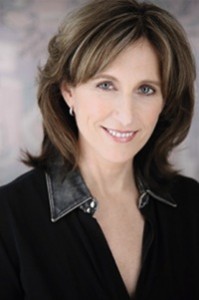 The most recent of the INKubator plays to have its world premiere in the Katselas Theatre mainstage season of plays, Hermetically Sealed began life in playwright Kathryn Graf’s Connecticut home, where she had relocated three years ago. “I sat upstairs writing. My son, who didn’t know anybody in town, would play video games day in and day out,” she says. “I decided I had to make something out of this. A play seemed the obvious choice.”

Not wanting to make the protagonist a writer, Graf called a baker friend to explore having the central character work as a pastry chef for a local caterer. During a conversation about baking, her friend mentioned that eggs are hermetically sealed, safe in their own little world – and the play had its title. From there on, “the play really wrote itself,” says Graf.

Graf sent the work to several theaters around the country and got back notes expressing admiration and encouragement – but no offers for production. Then last year, KTC’s Gary Grossman approached her about doing a reading of Hermetically Sealed as part of the theater’s new INKubator series.

Grossman had started the program with collaborators Tony Abatemarco, Michael Kearns, and Susan Krebs because “it’s hard for writers like Kathy [Graf] to get their work on stage.” His idea was to find stage-worthy pieces that have not yet had public readings, develop the plays for production, and then “get them up!”

“I was very excited about it when I first read it,” Grossman says of Graf’s play. But he got even more excited when he saw the audience reaction to its first public reading in INKubator. “After another reading in front of a different audience, we felt Kathryn’s play was ready for a full production,” says Grossman.

In addition to staged readings of new plays, INKubator events can be solo performance, poetry, dance, or  music – all in various stages of development and all with something to say. After each  performance the audience and artist exchange views IN-Konversation.

Next up for INKubator is a staged reading of a new play with music, The Love Handyls, book by Bradley Kaseden and music by Adam Daniels on Saturday, Feb. 18, at 8 p.m.; and a jazz salon, Theme Scene – Heart Matters, on Sunday, Feb. 19, at 7 p.m., at the Skylight Theatre, 1816 N. Vermont Ave., Los Feliz.