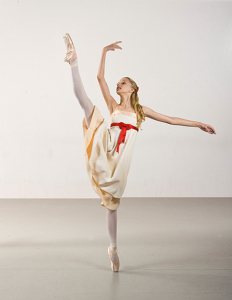 In an era of catastrophic personal belt tightening and calamitous corporate downsizing, too many promising arts organizations have fallen face-first into the chasm of disappearing dollars. When even an established, respected old organization like the Pasadena Playhouse had to close its doors for a time, it is beyond astonishing that a new classical ballet troupe not only survives, but thrives.

Since the debut of its original production of “The Nutcracker” in November 2006, the Los Angeles Ballet has been met with critical and commercial success, nearly doubling its budget over five seasons without a penny of government support. “Considering the colossal events of the last five years – Katrina, the tsunami in Indonesia, the financial collapse and subsequent recession, the Haiti earthquake – LAB’s steady growth from $900,000 to $1,624,000 is nothing short of a miracle,” says Julie Whittaker, the company’s executive director.

The central ingredient in LAB’s success is the consistent high quality of the product. Artistic Directors Thordal Christensen and Colleen Neary are clearly the stars of this enterprise. Their uncanny selection and inspired mentoring of some of America’s finest young dancers have resulted in a world-class corps de ballet and several important break-out soloists. Their vision and tireless dedication to the work have produced a large and reliable fan base, and ever-increasing ticket sales.

LAB’s “Nutcracker” – playing in venues around LA County this month – is proof of the company’s stature as a game-changing force in the realm of international ballet. The original choreography by Christensen and Neary is fresh and exhilarating, demonstrating the technical skill, individual virtuosity, and razor-sharp precision ensemble work that distinguish this young company. After several reports, I am running out of superlatives to describe the exemplary work of the women’s corps de ballet in the Dance of the Snowflakes and the Waltz of the Flowers, two highlights of the production.

Other highlights of this season’s LAB “Nutcracker” include the annual appearance of guest artist Sergey Kheylik as the Cossack Doll. The ecstatic cheers greeting his Act I entrance escalated to a roar as he flung himself into impossible leaps and turns. He was joined in Act II by LAB newcomers Aaron Bahadursingh and Christopher Revels, who matched Kheylik vault for astonishing vault. The off-the-charts athleticism of this Russian Dance whipped the audience into a prolonged, ear-splitting demonstration, literally stopping the show.

Making her LAB debut in the Arabian Dance, Julia Cinquemani’s jaw-dropping beauty managed to stun a fairly demonstrative crowd into pin-drop silence. Wrapping her supple, snakelike torso in coils around her partner, newcomer Alexander Castillo, she mesmerized adults and children alike. The breathless silence was broken by an extended, vociferous ovation.

Also new this season is Allyssa Bross as the Rose in the Waltz of the Flowers. This young ballerina clearly won over the crowd, her incandescent smile radiating throughout her performance.

Thirteen-year-old Helena Thordal-Christensen plays Clara with fragile beauty and dramatic intensity. Having danced the role for the first time last season, this year she exhibits complete confidence and authority. Her long, slender legs extend forever, making an event of each arabesque. She has an arresting innocence about her, a lack of artifice which made her nightmare scene all the more harrowing as she darted, terrified, around the vast stage of Glendale’s Alex Theatre.  Perhaps the most moving moment in the performance, for me, came when Clara’s mother – played by Thordal Christensen’s real-life mother, the great Balanchine ballerina, Colleen Neary – kissed the little girl before walking off the stage, a symbolic passing of the torch from the past to the future.

Clara’s Nutcracker-turned-Prince is 18-year-old Jordan Veit of the Pacific Northwest Ballet School’s Professional Division. Dancing with strength and ease, and resembling a young Leonardo Di Caprio, this young man exudes charm. The long line of infatuated little girls waiting to meet him after the performance may be the harbinger of good things to come for Veit.