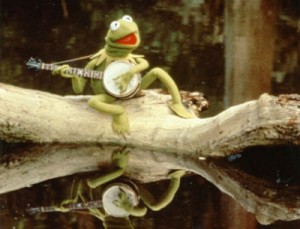 I like festivals. I like the dynamic of people coming together in a celebratory atmosphere enjoying a unifying aspect, be it cuisine, ethnicity, or art. From pie eating contests to star-studded galas to actual cash prizes, festivals offer moments in time that don’t happen in our day-to-day lives, not even in Hollywood. And once again the Los Angeles Film Festival dares, as it has for 15 years running, to take on the daunting task of delivering a cornucopia of interesting and unique films to the very Heart of Screenland, or at least to Westwood Village, from June 18 to 28. Come on, we grizzled, old Hollywood veterans say – show us something we haven’t already seen.

Something we haven’t seen is Sophie Barthes’ “Cold Souls” (June 25, 7 p.m.; June 27, 1:30 p.m.). This wicked tale profiles a world-renowned actor desperate for a momentary respite during a particularly grueling project. He finds that relief via cold storage of his very soul. But when his soul winds up in a Russian actress, a middling soap opera actress at that, naturally hi-jinks ensue. Not so naturally, Paul Giamatti rounds out a cast including David Strathairn and Emily Watson by playing himself.

Sound a little like “Being John Malkovich”? Well, it’s not, but interestingly Malkovich is one of the producers of Which Way Home, a heart-wrenching documentary directed by Rebecca Cammisa and focusing on children who make their way from the extreme southern Mexican city of Tapachula to cross the U.S. border illegally, a 1,200-mile journey (June 26, 8 p.m.). That makes the journey to the Grand Performances venue (at 300 South Grand Ave. on Bunker Hill in downtown Los Angeles where the film screens) a piece of cake, even by public transportation. The Rapid Bus has a stop at Wilshire and Westwood and takes daring travelers to and from downtown until well after midnight. But then you’d have to park in Westwood.

Back at the Village, “Carmen Meets Borat,” an entry from the Netherlands, offers us Ionela, a 17-year-old girl who dreams of escaping her poor village and gets that chance when, miraculously, a Hollywood movie crew arrives (June 20, 10 p.m.; June 23, 2 p.m.). Unexpectedly, the film portrays the villagers as backward Kazakhs. What’s to become of Ionela in the aftermath?

From animation to teen angst to zombies, not to mention “Public Enemies” starring Johnny Depp (June 23, 7:30 p.m.) (expect those tickets to sell out), everyone from Hollywood stalwarts who have survived lunch in this town to starry-eyed newcomers can find something to love at the LAFF. Of course, this is just a sampling of the more than 200 films from 30 countries that will screen over 11 days (plus, there are conversations and other events). Visit the user-friendly website at www.lafilmfest.com/2009 to find your flick and make reservations.

Gail Wichert is a freelance journalist living in Los Angeles. She has written for Southern California Life After 50 and the Los Angeles Downtown News and is a staff reporter for the Culver City News. She has also worked with the Hermosa Beach Writers Group and, with the support of that group and the Hermosa Arts Foundation, produced that community’s first 10-minute play festival, 8 x 10 x HB.