LA Philharmonic: Highlights of the Spring Season at Disney Hall

The second half of the LA Phil’s season is noteworthy for some terrific guest conductors and some remarkable soloists, and, of course, concerts led by its music director, Gustavo Dudamel.

As for guest conductors, the LA Phil opens the new year with Christoph Eschenbach returning to Disney Hall Jan. 4-6 to perform the Tchaikovsky Symphony No. 4. Also on the program is the U.S. premiere of the LAPA co-commissioned work, Tears of Nature, by Chinese composer Tan Dun.

The Russian conductor Vassily Sinaisky will appear Jan. 10-12 conducting The Planets by Holst along with the Prokofiev Violin Concerto No. 2 with Leonidas Kavakos as soloist.

Another regular guest conductor with the LA Phil is Charles Dutoit, who will return for three concerts over Valentine’s Day weekend Feb. 14-16 with a program titled Romance at the Phil, which includes performances of Mendelssohn’s Hebrides Overture, Mozart’s Symphony No. 29, and Don Quixote by Richard Strauss featuring Gautier Capuçon on cello (his brother Renaud just performed the Korngold Violin Concerto with the orchestra in October) and the LA Phil’s principal violist, Carrie Dennis.

The LA Phil’s principal conductor, Gustavo Dudamel, will start a series of concerts with the LA Phil beginning with a different set of romantic concerts Feb. 20-24, including pieces by Wagner (Funeral Music from Götterdämmerung), Brahms (Violin Concerto with Gil Shaham as soloist), and Schumann (Symphony No. 3 [“Rhenish”]).

Dudamel stays in town for one concert on Tuesday, Feb. 26, featuring John Adams’ Chamber Symphony and the world premiere of an LA Phil co-commissioned work by Unsuk Chin.

Dudamel then leads the LA Phil in four concerts (Feb. 28-March 3) featuring La Mer by Debussy and the complete suite of The Firebird by Stravinsky.

Dudamel returns four days later (March 7-9) to conduct the LA Phil and the LA Master Chorale in John Adams’ opera, The Gospel According to the Other Mary.

Dudamel returns May 2-5 for four concerts and will conduct Tchaikovsky’s Piano Concerto No. 1 with Lang Lang as soloist and Carl Neilsen’s Symphony No. 4, “The Inextinguishable.” 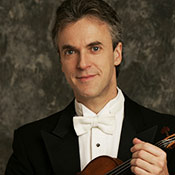 Then on May 9, 10 and 26, Dudamel leads the LA Phil in concerts of music by Mozart (Violin Concerto No. 3 with LA Phil Concertmaster Martin Chalifour as soloist) and Mendelssohn’s Symphony No. 5, “Reformation.”

Sandwiched in between on May 17, 19, 23, and 25, will be the second installment of the Mozart/Da Ponte trilogy, The Marriage of Figaro.

Also on the schedule are a number of recitals by outstanding soloists, including Renée Fleming and Susan Graham on Jan. 19, Yefim Bronfman on Jan. 30, Itzhak Perlman on Feb. 12, Yuja Wang on March 24, András Schiff on April 17 (performing the third installment in the Bach Keyboard Cycle), and Hilary Hahn on May 7.

For those who like Baroque music, there are two outstanding Baroque ensembles scheduled, including Tafelmusik on March 13 and the Haydn and Handel Society on April 30.

Sprinkled in between all of this wonderful classical music are performances by some jazz greats, including the Wayne Shorter Quartet with Esperanza Spalding and the LA Phil on Feb. 9, Jazz at Lincoln Center Orchestra with Wynton Marsalis on March 12, Bobby McFerrin on April 3, and Tribute to Miles featuring Herbie Hancock, Wayne Shorter, Marcus Miller, Vinnie Colaiuta, and Sean Jones on April 23.

And that’s not all. For more information, go to www.laphil.com.