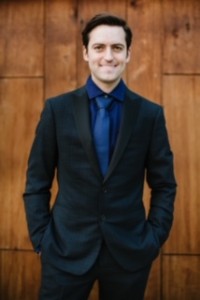 The popular notion which finds that Western classical music is so much “dead white men’s music” is a typical, if dutifully ignorant one which is held not only by people otherwise unaware of the genre, but even by some of its professional practitioners. In fact, even in Beethoven’s time non-white peoples living in Europe and in the Americas were becoming deeply involved with classical performance and composition. By the time that the last shots rang out in World War I, Latin America, Asia and Africa were already cultivating and producing performers and composers of excellence, not to mention a vast and ever-growing repertoire which in the 21st century many of these critics of classical music’s purported lack of diversity often pointedly ignore.

The music of Mexican composer Juan Pablo Contreras, however, will not be ignored. Audiences in Southern California will have an opportunity to acquaint themselves with his music this week when members of the Los Angeles Chamber Orchestra (LACO) premiere his latest score, Mexican Muses for piano and string quartet.

Born in Mexico and polishing his studies in the United States, Contreras creates art that bespeaks the cosmopolitanism which typifies the modern music of the New World. Though spangled with the vibrant colors and rhythmic energy characteristic of Latin American music, his is an art which does not pander to picture-postcard exoticism. Like all great music, Contreras’ work is universal in scope, open to anyone from anywhere.

His wide aesthetic grasp can be gauged by his journeyman years, wherein he came to composition via an unlikely source.

“I started to compose at age 16 and really wanted to write music for films,” the composer said in a phone interview last week. “But what re-introduced me to orchestral music was playing in a heavy metal band. We incorporated orchestral arrangements that were in line with ‘symphonic metal.’”

It was during his studies in Los Angeles and New York City that Contreras forged his mature compositional style, which mingles elements of Mexican folk and popular music.

“That [mixing] is particularly special and meaningful to me not only because I am Mexican, but also because my father’s side of the family has indigenous roots. My mother’s roots, on the other hand, are from Spain. That duality between European and Amerindian influences is what a lot of my music is about.”

LACO commissioned Mexican Muses. It was Margaret Batjer, its concertmaster, who approached Contreras about crafting a work for small ensemble. Soon the composer found himself reflecting on topics beyond the scope of the music itself.

“So I had an idea to compose a work about Mexican muses, basically. This idea also came to me in the middle of the #MeToo movement and how a lot of strong Mexican women helped to shape the country’s modern culture. I wanted to compose a piece that paid homage to these women from three very different periods in our national history.”

The first movement portrays La Malinche, an indigenous woman who was the translator for Hernán Cortés during the Spanish conquest of Mexico. “She also bore his child, so she can be considered kind of like the mother of Mexico and its peoples of mixed-race,” Contreras added. “Our mestizaje.”

Sor Juana Inés de la Cruz was the inspiration for the work’s second movement. A nun during Mexico’s Baroque period, she was among the early pioneer advocates for gender equality in education.

The third woman chosen was Frida Kahlo. “In my opinion what she brings to the table is her openness about being a woman, unapologetic about womanhood, and expressing her pain in her art.”

Contreras also explained that there was yet another goal he hoped to realize in Mexican Muses: to briefly relate the history of Mexico and its music through the score.

“In ‘La Malinche,’ for example, I treated the piano quintet as a percussion instrument. The movement starts with the closing of the piano lid, then having the violinist tap the chin rest of their instrument, evoking the pre-Hispanic sounds of Mexico. In the second movement, which depicts a woman of the baroque, I employ prepared piano in order to emulate the sound of the harpsichord, creating kind of a concertante-type piece.”

“In my score, the legacy of each woman is intertwined, with each movement leading into the next,” he further explained. “I am not doing this in order to be popular, but because I truly believe in these ideas. This is honest music.”

LACO’s “Homages & Souvenirs” programs of music by Contreras, Tchaikovsky and Dohnányi will take place this Thursday, Feb. 13, and Friday, Feb. 14, at the Moss Theatre in Santa Monica and at the Huntington Library in San Marino, respectively. Tickets start at $49. For more information, call (213) 622-7001 or visit www.laco.org.