‘Laughing with My Mouth Wide Open’ at El Centro Theater 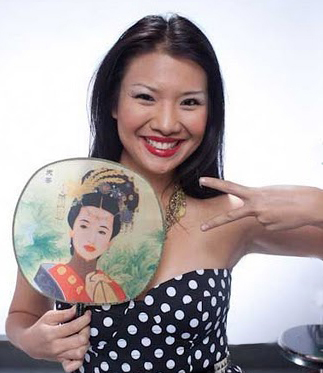 A “Desperate Housewives” actress and a Chinese zither?  That unusual pairing is exactly what makes “Laughing with My Mouth Wide Open” at the El Centro Theater such an intriguing show.

Gwendoline Yeo wrote and performs in this riotously funny celebration of her cultural journey from Singapore to America, and from family identity to self-identity and womanhood, during which she accompanies herself on the Chinese long zither (“gu-zheng”). Yeo is not only a talented actress, but she’s also an accomplished musician who graduated from the San Francisco Conservatory of Music. This world-premiere production is directed by Mark St. Amant.