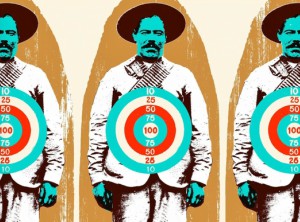 Los Angeles Performance Practice (LAPP) brings its Los Angeles Exchange (LAX) Festival for its fifth edition to multiple downtown locations beginning this Thursday, Oct. 5, and running through Oct. 15. In collaboration with other local, national and international presenters and performance spaces, these 10 days will highlight 44 productions created by L.A.-based artists in the fields of new dance, experimental opera, interactive theater, literary performance and combinations thereof. As is its mission, the event will include an exchange with artists from a selected city. This year, art makers and organizations based in Mexico City will also share their work with us in the LAX/MEX Performance Exchange Platform.

Providing a look at a new generation of contemporary artists, each of the creations takes the art form a little bit further from where it’s been seen before. One of this writer’s highlights looks like choreographer, writer, composer d. Sabela grimes’ “ELECTROGYNOUS.” A 2014 United States Artists Rockefeller Fellow and faculty member at the newly created Glorya Kaufman School of Dance at USC, grimes has been labeled by the Los Angeles Times as “the Los Angeles dance world’s best-kept secret” and as “one of a mere handful of artists who make up the vanguard of hip-hop fusion.” And he’s just the tip of the iceberg.

Exploring the list of performers and what they’ll be presenting, the adventures run full tilt from beginning to end. In addition, some up-close and personal time with those to be seen on stage or from behind the scenes will be happening in gatherings dubbed as brunch chats, special events and parties.

The LAX Festival takes place at:

Tickets to individual performances range from $12-$45. Various sizes of multiple event packages are also available from $60-$125. All can be purchased at http://performancepractice.la/festival/tickets/.