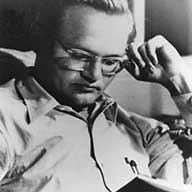 The Good Soldier Schweik by Robert Kurka is one of the finest Long Beach Opera productions I’ve seen. The cast was strong, the sets and costumes were minimal yet inventive, the direction and choreography were outstanding.

The opera libretto is by Lewis Allan, based on Jaroslav Hasek’s early anti-war novel, The Fateful Adventures of the Good Soldier Švejk During the World War. The anti-hero, Schweik, with a mixture of naïveté and incompetence, bungles his way from one mishap to another. Banter about the assassination of the Archduke Ferdinand in the local tavern leads to the protagonist’s arrest. Subsequently he is institutionalized after questioning by a triumvirate of psychiatrists. Schweik is wrenched away from his carefree life in the asylum when he’s suspected of pretending. Shortly after returning home, Schweik is drafted. He’s determined to serve in spite of a crippling attack of rheumatism. A crowd cheers him on “To Belgrade!” and Act 1 closes with a rousing ensemble number.

Act 2 follows his haphazard adventures in the army. We first encounter him in the infirmary, where he’s accused of escaping active duty by harming himself. After the wealthy and well-endowed Baronin v. Botzenheim treats the hospital inmates to a feast for the eyes as well as the stomach, the doctor is convinced all the patients are well enough to return to battle. Schweik gets bounced around from serving the Chaplain, then Lieutenant Lukasch, where botching delicate affairs gets him and his commander sent to “the Front.” In the last scene, Schweik refuses to follow orders to go to the front line; he lays down his gun and disappears down another road.

Matthew DiBattista portrayed the title character, with a Chaplin-esque blend of whimsy and pathos. The luminous quality of DiBattista’s tenor was suited to both the mischievous, animated scenes as well as the poignant, affecting arias. The remainder of the cast depicted several characters. Soprano Suzan Hanson aptly played Schweik’s housekeeper and later Lukasch’s mistress. Peabody Southwell was delectable as Baronin v. Botzenheim, her rich mezzo as sensuous as warm chocolate. Tenor Alex Richardson, with a ringing top that won’t quit, baritone Jeremy Huw Williams, the suave Lukasch, and baritone Benito Galindo, who has a remarkable sense of comedy, also stood out in the cast.

Justin Jorgensen’s sets were clever: a teeter-totter bar infused the tavern scene with instability; wooden boxes of various shapes on rollers became a table, a lectern, a soapbox — whatever was needed. Consistency of color and style where the hallmark of Marcy Hiratza’s costumes, creating a coherent appearance. Ken Roht’s direction and choreography were brilliant: the singers and three supers utilized the entire stage and the aisles into the audience, and incorporated numerous props and set pieces. The scene changes were executed with beauty and precision.

The orchestra was onstage, located behind a scrim on which pictures were projected to set the context for each scene. Andreas Mitisek, conductor and artistic and general director of the company, put together a strong orchestra that romped their way through Kurka’s quirky score. The composer died shortly before his 37th birthday, and one wonders what this promising composer might have accomplished had he lived longer.

I encourage you to get tickets early for Long Beach Opera’s production of John Adams’ Nixon in China, Saturday, March 20, at 8 p.m. and Sunday, March 28, at 4 p.m. at the Terrace Theater in Long Beach. For tickets or more information, visit www.longbeachopera.org or call (562) 432-5934.