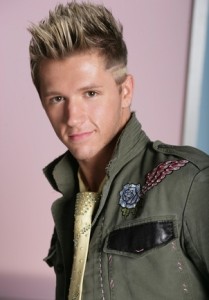 I love ballet. I love the grace, the magic, the sheer beauty of it all. But, once in a while, ballet isn’t merely attractive young dancers in white tutus, assembling in lovely tableaus to strains of Mozart and Delibes.  Once in a while, ballet is the tumultuous and heartstopping and transformative theatrical experience I had on May 15, when Los Angeles Ballet presented “New Wave LA” at the Redondo Beach Performing Arts Center.

Back in the 1950s my ex-ballerina mother hoarded her housekeeping money in order to take my sisters and me to the ballet. Having fallen in love with Tchaikovsky and Petipa at a young age, she favored classic “white” ballets like “Swan Lake” and other traditional works of the late 1890s and early 20th century.

It wasn’t until I relocated to New York in the 1970s that I experienced what decades in the New World had done to an elitist European amusement. George Balanchine had revolutionized classical ballet, working with Stravinsky, Hindemith, and other giants of 20th-century music and creating a uniquely American style reflective of a post-war, increasingly urban culture.  My mother found it disturbing, but I was an avid member of the young audience that flocked to the New York State Theatre, taking ownership of this suddenly relevant iteration of a traditional art form.

In the 35 years since, I have seen the new audiences of the ’70s grow old and gray – like myself. Except for the young  mothers of each new crop of baby ballerinas, today the majority of my fellow balletomanes – like the aging devotees of classical music and opera – are on the far side of the hill, a disturbing percentage of our decreasing numbers rigidly clinging to an increasingly irrelevant artistic sensibility.

Or so I thought.

Last week I watched, incredulous, as the lobby of the Redondo Beach Performing Arts Center filled with a hyperactive horde of tattooed and pierced twenty- and thirty-somethings, eager – nay, impatient – for the unveiling of the four world premieres featured in Los Angeles Ballet’s production of “New Wave LA.”

Inside the theater the electricity was palpable, the buzz deafening. No polite hand clapping greeted the appearance of co-artistic directors Colleen Neary and Thordal Christensen. Instead, cheers worthy of European soccer erupted as the couple stepped on stage to welcome their audience. Unfamiliar with ballet, most of this young crowd has discovered dance through “American Idol,” “Dancing With the Stars,” and “So You Think You Can Dance,” where passionate demonstration has supplanted decorous appreciation. 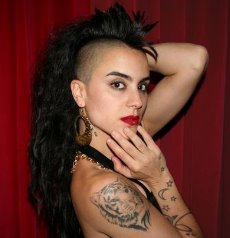 Largely ignorant of the current crop of TV dance shows, I was not acquainted with the work of Mandy Moore, Travis Wall, and Sonya Tayeh, all of “So You Think You Can Dance.” Together with MYOKYO founder and choreographer Josie Walsh, these young artists represent a new voice, new dance vocabularies, performed to new music – with nary a tutu in sight.

Mandy Moore’s “Wink” opens the show, dealing with the tangled web of Internet dating “and all the awkwardly beautiful moments along the path to finding true love,” she writes in the program notes. The curtain rises on a lineup of 10 characters who deliver “profile” introductions directly to the audience: “Hi, I’m Chelsea…” “I love walks on the beach…” “I’m an Aries…” The music by Cirque Eloise underscores Moore’s complex interactions. She expertly weaves the daring with the lyrical, the humorous with a thread of melancholy, as richly detailed ensembles give way to a quasi-traditional pas de deux. The audience, unused to the capabilities of bona fide ballet dancers, rewards individual virtuosity and group precision with a torrent of screams and applause – and just like that, we’re not in Kansas, anymore.

After a brief intermission, choreographer and former international ballerina Josie Walsh, founder of MYOKYO Renegade Rock Ballets, offers “Transmutation.” The specially commissioned, driving rock score by Walsh’s husband, Paul Rivera, Jr., pulses and throbs as three couples act out the visceral “interplay between the male and female energies” in a tour de force display of physical exertion. Walsh told me that the greatest challenge of this piece was the sheer endurance factor for the dancers. Pressed to their limits, all six reveal uncommon depth of personality and character. Tiny Grace McLoughlin, especially, unleashes a raw, wild abandon. She is like an animal possessed. Drew Grant, Andrew Brader, and Alexander Forck are individually and collectively astonishing, as they negotiate the tremendous athleticism of Walsh’s huge compound leaps and spectacular lifts. The audience screams itself hoarse, until shocked into pin-drop silence by the transcendent finale.

Travis Wall’s “Reflect. Affect. Carry On…” is a time-bending, nonlinear love story set to Queen’s “Bohemian Rhapsody,” U2’s “With or Without You,” and Sigur Ros’ “Samskeyti.” His star is rapidly rising on the contemporary dance scene; nevertheless he is a master of classical ballet technique, infusing his sui generis style with enough tradition to satisfy the most rabid haters of the unfamiliar. Through a personal vocabulary of movement, Wall creates a surreal dreamscape of desire, memory, yearning. One cannot begin to guess what this 22-year-old phenom may become. The dancers execute the unique combinations with total commitment. At one point, their meticulous and precise delivery of an extended fugue provokes a long, audible gasp from the previously vociferous audience – literally taking our breath away.

Sonya Tayeh’s “the back and forth” is a sexy, wild ride of a finale to music of the Paris Gotan Trio, Björk, and tango king Astor Piazzolla. The alchemy of Tayeh’s quirky, signature style of “combat jazz” melded with virtuoso ballet elements whips the packed house into a frenzy. The bullfight-inspired dance features unexpected, increasingly dramatic interactions between the bare-chested men and flamenco-clad women. This is dance as unbridled passion, dance as spectacle, dance as Theatre.

The audience was on its feet, screaming even before the curtain came down. The dancers took a bow to deafening roars. The ovation surged again with the appearances of Neary, Christensen, and the four choreographers. After the show, hundreds of fans stood in long lines to get autographs and have their photographs taken with the young choreographers.  I’d conclude that Neary and Christensen’s experiment bodes well for the future of classical ballet.