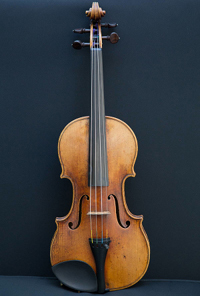 There are only about 650 Stradivarius instruments in existence — including violins, violas, cellos, harps and guitars. So the fact that the Los Angeles Chamber Orchestra is gathering eight violins from the 17th and 18th centuries (the Strad’s Golden Period) for a major music event means that “Strad Fest LA” promises to be a rare treat. Three public events between Thursday, March 27, and Saturday, March 29, will showcase luthier Antonio Stradivari’s creative genius in the hands of some of the area’s finest musicians.

“We may never see a gathering of Stradivarius violins like this again in our lifetime,” LACO Executive Director Rachel Fine said in a press release. “With eight of the finest Strads in the world on display and being played in such an eclectic range of events, it is truly an extraordinary celebration.”

The festivities start with a Baroque Conversations concert featuring music by Bach and Telemann on Thursday, March 27, at 7 p.m at Zipper Concert Hall at The Colburn School. The Stradivarius FiddleFest will be a once-in-a-lifetime fiddle “face-off” starring five of the Stradivarius violins played by world-class violinists attempting to outplay one another in an acrobatic program of solos, duos, trios and quartets on Friday, March 28, at 7:30 p.m. at the Broad Stage in Santa Monica. “Stradosphere: A Strad-Studded Gala Evening” closes out “Strad Fest LA” with a concert featuring all eight Strads and a program including Bach, Vivaldi, Maurer and Piazzolla at the California Club. After the concert, guests will enjoy a sumptuous dinner, an auction of one-of-a-kind items and a unique opportunity to visit with knowledgeable luthiers and experience the “Red Mendelssohn” up close with owner/violinist Elizabeth Pitcairn.

For information about the events, the violins and the musicians or to order tickets, visit www.laco.org.

1666 “SERDET,” the earliest known of the Stradivarius violins

1708 “RUBY,” named for its rich, extremely well-preserved ruby-tinted varnish and owned by The Stradivari Society, which lends great instruments to leading emerging artists

1715 “TITIAN,” considered among the finest violins of the maker’s Golden Period and revered for its unusual power, scope and focus, and named “Titian” by a French dealer who said its orange-red color reminded him of the paintings of the famed artist

1720 “RED MENDELSSOHN,” surfaced in the 1930s in Berlin and was the inspiration for the 1999 Academy Award-winning film “The Red Violin” that speculates on the instrument’s mysterious history after it disappeared for more than 200 years following its debut (currently owned by Elizabeth Pitcairn)