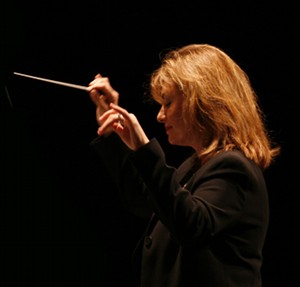 The program features music from two exciting Goldsmith works, Masada and QB VII; the expansive score of Bernstein’s Ten Commandments Suite; the thrilling music of Schwartz’s songs in The Prince of Egypt; Pelfrey’s Symphonic Suite from Joseph: King of Dreams; Fox’s riveting Victory at Entebbe Suite (with Feldbau); and Ron’s West Bank Story Suite, with the composer on oud and Papish on ethnic percussion.  Additional concert highlights include the world premiere of new arrangements from The Chosen and Thoroughly Modern Millie.

World music performer/composer Ron’s West Bank Story Suite, from the Academy Award-winning 2006 live-action short musical film, interweaves Arabic folkloric motives with East European Klezmer Jewish music. “My score spoofs Leonard Bernstein’s original West Side Story,” Ron says. “After our movie won the Oscar, I put together a 10-minute suite of highlights, a medley of the songs and dances. The music now has a life of its own.”

During the concert, Ron will play the song melodies on the oud, the Middle Eastern string instrument. A renowned educator and peace activist, he was invited to perform for His Holiness, the Dalai Lama. “My life changed substantially after the movie,” says Ron. “Suddenly, I had opportunities for speaking engagements around the world, with screenings of the movie, in workshops devoted to the peace process.”

Green will conduct the concert. Under her baton, Los Angeles Jewish Symphony has performed in concert with Billy Crystal, Randy Newman, Theodore Bikel, Lainie Kazan, Marvin Hamlisch, and others. “The orchestra is made up of musicians from the LA Phil, studio musicians, community members and high-level students,” she says. “It is exciting to work with them.”

Green talks about each piece during the concerts “to bring the audience into the concert experience as an active participant,” she explains. This process comes naturally to her. “I come from a choral background with a doctorate in choral music from USC. I also have a degree in education, and I love going back and forth between the two worlds. As the conductor, I feel like I am the conduit between the performers and the audience – with energy flowing through me between the two entities. It is quite a high!”

On-site, stacked parking costs $5 per vehicle. FREE non-stacked parking serviced by a FREE shuttle to the Ford is available at the Universal City Metro Station lot at Lankershim Boulevard and Campo de Cahuenga.  The shuttle, which cycles every 15 to 20 minutes, stops in the “kiss and ride” area.