Malpaso Dance Company at The Wallis and the Irvine Barclay Theatre 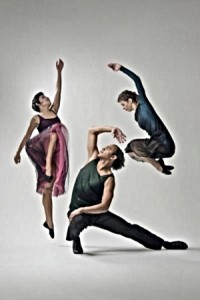 As the relationship between our nation and our island neighbor Cuba has resurrected, the Malpaso Dance Company brings its powerhouse contemporary dance to the Southland for four shows in the next two weeks. Presenting distinctly different programs in each of two locales, the visitors will perform this Wednesday, March 20, at 8 p.m. at the Irvine Barclay Theatre and next Thursday through Saturday, March 28-30, at 7:30 p.m. at the Bram Goldsmith Theater of the Wallis Annenberg Center for the Performing Arts.

A repertory company of 11 explosive movers who travel seamlessly from one choreographer’s style to the next, the troupe is guided by company co-founder Osnel Delgado. Working collaboratively with both highly respected international dancemakers and voices from its homeland, the two productions provide a glimpse into the range of its dance catalog.

Though the company’s name translates to a “mis-step,” it is currently an associate with Joyce Theater Productions and touring all over the United States. Known for blending movement styles from modern, ballet, urban and jazz dance vocabularies, its seven-year history has yielded critical acclaim for its “sexy athleticism” (Miami New Times) and been hailed as “driven and invigorating” (The New York Times).

Though traveling through our local counties may put some wear and tear on our four-wheeled transporters, it’s a far cry from the 2,300 miles from LA to Havana.