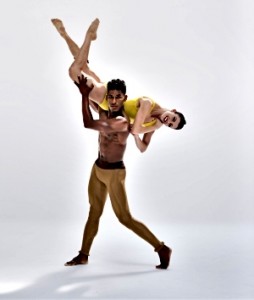 Though born near Pittsburgh just before the turn of the 20th century, pioneering dancer/choreographer Martha Graham spent her teenage and young adult years right here in Southern California. Moving with her family to Santa Barbara when she was 14, she saw a performance of Ruth St. Denis and Ted Shawn in Los Angeles, moved to New York and never turned back. Though she passed away in 1991 at the age of 96, her legacy continues. The Martha Graham Dance Company, having gone through a series of legal battles for copyright and proprietorship, has returned to international touring and maintaining an active role in dance and in all the arts. This week, the vibrant ensemble will perform Wednesday, Feb. 27, at the Irvine Barclay Theatre in Orange County and Saturday, March 2, at the Soraya at Cal State Northridge. Both shows begin at 8 p.m.

Now directed by former company dancer Janet Eilber, these programs are part of a two-year initiative titled “The EVE Project.” Celebrating the upcoming 100th anniversary of the 19th Amendment granting women the power to vote, the productions present different dances by Graham and a collection of contemporary colleagues — dancemakers Bulareyaung Pagarlava, Nicolas Paul and Larry Keigwin in Irvine, Pam Tanowitz’s World Premiere in Northridge and Pontus Lidberg at both sites.

The repertory at the Barclay includes Graham work from 1947, 1948 and a recent re-imagining of “Ekstasis,” a dance not well documented when created in 1933. Along with those are the “Lamentation Variations,” movement-based responses to Graham’s iconic solo performed on a bench wearing a body-covering costume that premiered in 1930. The three male choreographers mentioned above are the four-minute maximum responders. At the Soraya, students from CSU Northridge will present a re-imagined 1938 work, “American Document,” while the company will perform dances made in 1936 and 1962. Adding to that, “Untitled (Souvenir)” by award-winning Tanowitz is set to an original score by Pulitzer Prize-winning Caroline Shaw and performed live by LA’s modern music collective, wildUp, conducted by Christopher Rountree. At each venue, Lidberg’s “Woodland,” for 10 dancers, fills the stage.

This could mean a lot of driving for dance lovers, but bring friends, minimize the carbon footprint, and move more quickly through the freeways.

The Younes and Soraya Nazarian Center for the Performing Arts (The Soraya),