Music Review: Dudamel and the LA Phil with Herbie Hancock 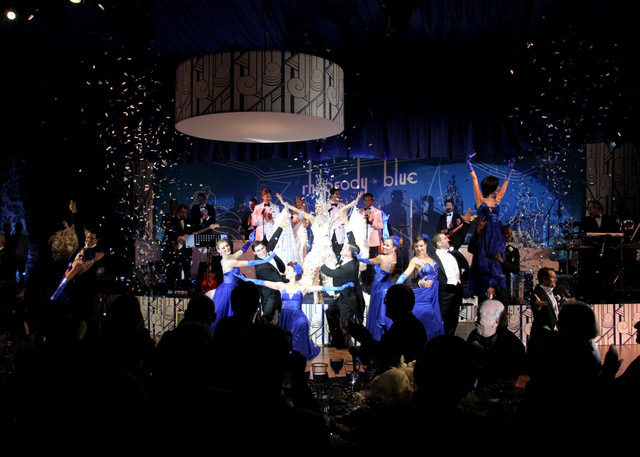 Gershwin and our LA Phil share a storied history together, and the current players and Dudamel have proven their flair with his music convincingly, many times.  A summer past, we heard both “An American in Paris” and “Rhapsody in Blue” at the Hollywood Bowl, but this version in Disney Hall was in a class by itself.  A totally different affect emerged in this context.  Delicate nuances were superbly accessible, and the sound was warm and immediate.

The “Cuban Overture” was the perfect catalyst for the orchestra to push through the threshold into the rarely heard.  Gershwin’s orchestrations are large, and it was a pleasure to hear the robust sound of the LA Phil at home.  “An American in Paris” gave many of the LA Phil’s principals a chance to shine.  Dudamel had to explore new ways of thinking about the “Rhapsody,” and that freedom was expressed generally throughout the program.

Gershwin was a magnificent tunesmith, leaving us some of the most enduring and beautiful melodies of all time.  Hancock opened his portion of the program with two improvisations based on reharmonizations of two Gershwin standards.  His contemplative version of “Embraceable You” recalibrated the tone of the concert, putting the spotlight squarely on Hancock’s unique style.  His treatment of “Someone to Watch Over Me” was structured somewhat like a prequel to the familiar tune with a melody eventually emerging from rich harmonic Monkish colors.

The moody, complex harmonies and intimate sound perceptually shrunk Disney Hall into an especially comfortable place.  The phenomenon was amazing; Hancock’s artistic genius had a magical quality to it.  You could hear a pin drop, you could feel your breath, the sound compelled you to lean forward and engage his music.

The finale was, of course, “Rhapsody in Blue.”  All in the orchestra, including Dudamel, knew that this version was going to be “different,” with an insuppressible authenticity and individualism.  Dudamel enabled Hancock to express his own vision with dramatic phrasings and emphatic tempo adjustments.  Individual motifs would change in an instant with pauses and abrupt changes in style and mood.

Dudamel’s gestures were mesmerizing as he shaped each phrase.  Although, especially in this performance, he let the orchestra express themselves as a unit and as individuals, and he used his role to support Hancock’s art.

You may be asking yourself if Hancock had the chops to perform as a classical soloist.  He does, but his fingers do dance to a different tune.  He produced the most unique performance of “Rhapsody in Blue” that I have ever heard. In many ways, it was almost the antithesis of the typical version.  Usually we hear classical pianists trying to “loosen up,” but this night we heard a modern jazz master with a fresh and honest interpretation of Gershwin.  The flourishes were loose sometimes with a riff-like nature, and he used his artistic license freely (perhaps not enough); no matter, he was brilliant.  He introduced us to new possibilities.  This was a concert you tell your grandchildren about.

The audience leapt to their feet in unison with an enthusiastic four-call standing ovation.  The LA Phil forged new ground this week — uniquely American, and singularly Los Angeles.  The echoes will reach far beyond the confines of Disney Hall.

My dream is that Gershwin and perhaps William Grant Still came back to their Los Angeles home for this one; and maybe Ernest Fleischmann was somewhere close.  The LA Phil took a risk that paid off with an out-of-park home run, showing the world why it is among the great orchestras of America.

Look for a future broadcast of this performance.  The concert will stand as one for the ages.

Rhapsody in Blue: Opening Night Concert and Gala was recorded for future telecast as part of the PBS performing arts series “Great Performances.”  The concert will be available via on-demand streaming on NPR.org, KUSC.org and ClassicalAPM.org until Oct. 5, and broadcast on APM’s SymphonyCast on radio stations across the country during the week of Oct. 17.