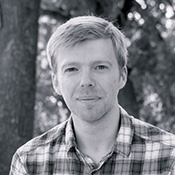 A bit of Los Angeles’ music culture came to San Francisco’s Davies Symphony Hall on Halloween night, Oct. 31, when the Los Angeles Philharmonic, with conductor Gustavo Dudamel, introduced young Los Angeles composer Andrew Norman’s composition titled “Play.” Norman personally introduced his piece, and then we were swept away into a most enjoyable 45 minutes of genuine intrigue with a new type of symphonic writing that was so creative and unusual that it never lost your attention. Originally commissioned by the Boston Modern Orchestra Project in 2013, this work has since generated significant attention as a fresh new approach to the genre. The Los Angeles Philharmonic commissioned a revision in 2016, and we can expect more widespread acclaim as stage performances proliferate. The program ended with an astounding performance of Tchaikovsky’s Fourth Symphony — perfect for Halloween, an affect fresh from the abyss of despair.

In “Play,” three movements, or levels as Norman refers to them, explore multiple meanings of play, both nice ones and ominous ones, concrete and abstract. The opening shockwave of sound exploded in a manic outburst with a chaotic mix of timbres, kinetic motion and unstable harmony. New sounds abounded, like trumpets with hyperbolic decays, all manner of bowings, taps, plucks and scrapes, and I heard the pianist digging around inside her instrument at one point and brass players popping their mouthpieces with their palms. Rattles and rumbles accompany fragmented ideas that rocket through the orchestra, leaving a feeling of uncertainty and sometimes a sense of impending calamity. The net effect was to keep us hurling forward with the flow. The result was both emotive and theatrical.

In addition to the unusual sounds, Norman has the musicians interacting within his unique sense of organization. Three percussionists slapped large wooden paddles as a signal to control the other musicians, who would freeze in mid-phrase, starting and stopping on command.  Dudamel was unafraid of Norman’s use of silence. Quiet, comforting harmonies from the strings swelled in shallow waves of “Level 2.” The ending was delightfully delicate as the simple theme dissipated slowly in soft, single notes distributed among individual players. The pointillist melody added a unique quality as the intensity waned to silence, like wind chimes calming in a gentle breeze.

The ovation was sincere and deserved. Bravo to Andrew Norman on a new path forward for American symphonic music!

Post-intermission brought another twist of “fate,” this time from Tchaikovsky’s brilliant Symphony No. 4 in F minor. Dudamel left no doubt about the intention of the music. He captured the heaviness of the gloom and the brilliance of the light, able to touch the deep emotional undercurrent while sparing us from its uncaring power. The orchestra found the cathartic aspect of this symphony, which was written as an intentionally emotive program while the composer was recovering from a psychological break and attempted suicide.

The famous opening fanfare, the “fate” theme, set an appropriately gloomy tone — ominous, cold and blank. The strident heaviness was haunting from the start. The attacks were so clean and uniform that the sections sounded as one large entity. The second movement was melancholy and wistful in a weary way. Martin Chalifour led the strings with astute sensitivity.  Then the scherzo shooed the gloom away with fleeting bits of whimsy. Dudamel swayed from left to right with his arms by his side, wafting in the sublime sound of the strings, signaling gentle crescendos by leaning with his body as if riding a hoverboard. His enjoyment was obvious. The orchestra was glorious in an uninhibited finale; a triumphant report vibrated the entire hall, which incidentally is a masterpiece itself. Baffles were lowered in the high corners, and as I gazed above me, I could see the various sections of the orchestra in the suspended Plexiglas sound reflectors that sweep above the audience, and realized that the acoustical radiation coincided with each line of sight — a beautiful design and superb acoustical response.

After repeated calls and bows amid a standing ovation, the shock of Tchaikovsky’s explosive finale was soothed by a beautiful, wistful waltz from “Swan Lake.”

Oboist Marion Arthur Kuszyk was outstanding in her solo passages throughout the evening, as were flutist Denis Bouriakov, cellist Ben Hong and trumpeter Thomas Hooten. Timpanist Joseph Pereira was a standout, especially with Tchaikovsky’s symphony.

Bravo to Gustavo Dudamel and the Los Angeles Philharmonic on an evening not to be forgotten!