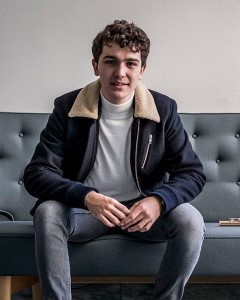 The Los Angeles Chamber Orchestra (LACO) delivered a dynamic musical experience worthy of its iconic 50-year history and international reputation on March 22 at Zipper Hall in downtown Los Angeles. Their Baroque Conversations series continued in its fourth installment of the season with “Nighttime in Four Great Cities.”

Principal Keyboard Patricia Mabee, with LACO since 1976, led the ensemble from her harpsichord and served as host for the evening. She bound the themes together with insightful bits of history to accompany a fun program that sampled the enchanting Baroque-era nightlife of Salzburg, Madrid, Verona and Paris, with an unscheduled stop in Versailles.

Our first taste of 18th-century nightlife came from Salzburg, the city where composer and violinist Heinrich Biber spent most of his life. The opening piece was his quirky Ciacona, the charming fourth movement from Serenade for Five and its charming “Night Watchman’s Song.” LACO librarian Serge Liberovsky played the role of the strolling night watchman, who patroled the environs of the stage and hall to sing his “hourly” report to a delightful pizzicato accompaniment.  His song was more of a call in the night and his style wholly in character. As the ensemble played, he strolled above across the balcony and then into the floor of the auditorium where he sang his first report that all was well in the night.  Then he continued his path onto the stage where he gave the next hour’s report.

Violinists Tereza Stanislav and Sarah Thornblade blended beautifully, as Armon Ksajikian drove the Ciacona’s repeating bass line. Violists Victoria Miskolczy and Kate Vincent rounded out the group with a unique richness of timbres. The acoustical response of the hall was superb, with a clean, warm sound whether the players were solo or tutti. The nuances of the tempo changes and phrasing gave the ensemble a polished sound, moving as one body.

The highlight of the evening was undoubtedly Joachim Becerra Thomsen’s outstanding ability and artistry on Vivaldi’s flute concerto, “The Storm at Sea.” Thomsen, a native of Denmark, joined LACO in 2017, becoming the youngest musician ever appointed to a LACO principal chair. After only a few bars, it was evident how he achieved such distinction. The elegant Largo brought out the beautiful tone of his wooden flute, and his Presto was amazing, coursing with vitality. The ensemble also had uncommon vigor, likely inspired by the virtuosity of Thomsen. The storm broke out with waves upon waves of brilliant flourishes. The ripping seas flowed with ferocious energy that continually rolled and whipped, but the musicians were courageous in the face of the storm. How fortunate that Thomsen found his way to Los Angeles by way of the Colburn School. Let us hope that he has found a home.

Boccherini’s Night Music of the Streets of Madrid was fresh and exceptionally well performed. Its free-flowing style suited the musicians well, and their performance brought the streets alive with vivid musical realism. Percussion was provided by Mabee who tapped rhythm patterns on the underside of her keyboard, and cellists Andrew Shulman and Ksajikian strummed their instruments like guitars for the Minuet of the Blind Beggars. The ensemble was remarkably cohesive with the Rosary, where strict meter gave way to fluid phrasing, and the Passacaglia of the Street Singers featured a nice pizzicato waltz. The party broke up when the Ritirata brought an amusing ending as the musicians scurried offstage in all directions one at time while still playing — Shulman was the last to go.

Along the path to our final destination was a brief unscheduled stop in Versailles to hear Couperin’s L’Apothéose de Lulli — an homage to Lully. Thomsen rejoined the ensemble for these last tunes. Now onward to Paris and the incomparable Lully — a favorite of Louis XIV.  A Chaconne from Trios for the King’s Bed Chamber finished the evening with a pleasant nighttime vibe.

With the night watchmen securing their towns and king having retired to bed, the concert was over; but the fond memories of Vivaldi and Joachim Becerra Thomsen will definitely linger. Bravo!