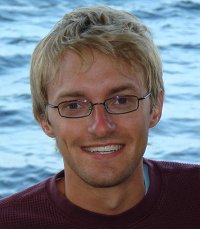 The opening concert of Pacific Serenades’ 24th season certainly fulfilled their mission: to generate new chamber music by commissioning works and presenting them alongside standard repertoire in intimate concert settings, emphasizing the wonderful talents of Southern California musicians. The Neighborhood Church of Pasadena, where I heard their program on Jan. 31, is an ideal setting for chamber music: good acoustics and an intimate setting for a couple hundred people.

The program opened with 10 selections from 44 Duos for Two Violins, Sz. 98 (1931) by Béla Bartók, featuring Tereza Stanislav and Brendan Speltz on violin. Because they were written as pedagogical pieces, like the composer’s Mikrokosmos for piano, these duets do not receive the performance time they deserve. Infused with the primal atmosphere of Bartók ‘s native folk music, each piece captures a universal quality, sometimes melancholy or introspective, at other times exuberant and celebratory. Stanislav and Speltz rendered each selection beautifully.

The two violinists were joined by violists Roland Kato and Connie Kupka and cellist David Speltz for the world premiere of Quintessence by Jeff Kryka, who is only 25. According to Kryka, the piece plays with the many implications of its title: five movements, five musicians, sections in 5/4 and 5/2 time, based on a 5-note motive. The five-movement structure is divided into three sections, four paired outer movements that orbit a central scherzo. While this sounds great in writing, I had difficulty hearing this underlying structure. Kryka had some lovely snippets of ideas, but is not yet able to sustain or develop them. I could not quite put my finger on what I was missing from Quintessence until I heard the closing work: Quintet No. 1 in F Major, Op. 88 by Johannes Brahms. Great music from any period, whether it is Brahms or Bach, Adams or Bartók, has an inexorable sense of line, a fundamental flow which unfolds without the movement of the music being interrupted. If Kryka would take the time to truly study such great works, and learn how to build on and sustain his musical ideas, he might have the potential to compose something wonderful. I hope he does his homework.

The Brahms Quintet was a splendid ending to the afternoon. Brahms utilizes the combination of instruments to achieve a glorious depth and richness of sound. The opening Allegro non troppo ma con brio is in sonata allegro form, and exhibits a complexity of texture, with sweeping main and secondary themes. An ingenious development section builds chromatically to a sweetly satisfying recapitulation. The second movement is a kind of quintessence in itself, with five movements: Grave ed appassionato – Allegretto vivace – Tempo I – Presto – Tempo I, with recurring material in the first, third and fifth sections that Brahms varies and builds in intensity. The performers gave a thrilling performance, especially of the closing movement, Allegro energetico – Presto. The frenetic energy of the final movement was exciting, and the intricate contrapuntal sections were performed with precision and power.

Pacific Serenades will perform again the first weekend of March. Tenor Shawn Thuris, Gary Gray on clarinet, Roland Kato on viola, and pianist Robert Thies join forces for a program of Bernstein, Mozart, Fauré songs, and a new work by Sharon Farber for all four musicians. For more information, visit www.pacser.org or call (213) 534-3434.