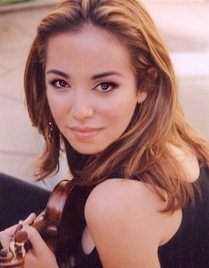 Violinists and Co-directors Kevin Kumar and Maia Jasper celebrated a great first-anniversary concert of the Salastina Music Society as they closed their inaugural season June 18 at the Colburn School’s Thayer Hall in downtown Los Angeles.

The Salastina Music Society is a distinctive new element in the LA chamber music scene with a contemporary approach to programming that caters to, in their terms, the “modern attention span.”  There was no intermission, and each piece was of a different era or style and of relatively short duration.  The program did, in fact, keenly engage my attention with its inherent pace and diversity – not to mention the outstanding artistry, virtuosity and creativity.

The opening work, Introduction and Allegro by Maurice Ravel, featured harpist Julie Ann Smith accompanied by a sextet of flute, clarinet and string quartet.  She was impressive in all regards, and the sound of her instrument was wonderful in Thayer’s acoustical brilliance; the full range of her dynamic and attacks were easily audible, and her mastery of the instrument made Ravel really come to life.  Overall, the ensemble was characteristically rich and nuanced and violist Robert Brophy and cellist Timothy Landauer provided a solid balance to the delicate sound.  Clarinetist Hakan Rosengren and flutist Catherine Ransom-Karoly created a warm union of timbres, especially organic in the lower register. 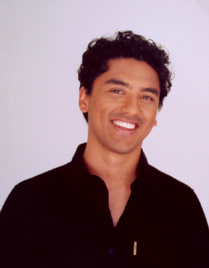 Antonin Dvořák’s Miniatures, a trio for two violins and viola, was delightful. Brophy was particularly compelling, and Kumar’s fetching melody turned from warm to hot over Jasper’s energetic accompaniment.

Kumar and Jasper created one of the highlights of the afternoon with their breathtaking performance of Mark O’Connor’s Appalachia Waltz. They were of one mind in their moving portrayal.  Their continuous legato lines beautifully intertwined in O’Connor’s unique blend of classical, bluegrass and jazz.  The performance was stunning in its simple beauty.  I will not soon forget the experience.

Cavaterra’s Tone Poem for String Quartet and Percussion – “The Owls” was a world premiere.  The music was alluring.  His use of harmony and timbre was unique; for example, the blend of the strings and gong in the opening passage was very effective.  Brophy and Landauer each had memorable moments in solo, and percussionist Greg Cohen was significant, although subtle, in his contributions that mostly provided a punctual emphasis for Cavaterra’s eloquent musical grammar.

The distinction between an arrangement and an original variation on a theme was blurred in Cavaterra’s re-orchestration of Arturo Márquez’s Danzon No. 2, originally scored for orchestra and inspired by the Cuban danzon style in Mexican ballrooms.  His treatment was a great success and a wonderful farewell celebration for the evening and the season.  There was no resisting the flaming hot licks and rhythms, and the audience leapt to their feet with a rousing stamp of approval.

Bravi to Jasper, Kumar, and the entire ensemble for bringing this unique addition to the Los Angeles chamber scene.  I look forward to hearing them again next season.