Nathan Gunn at Segerstrom Center for the Arts 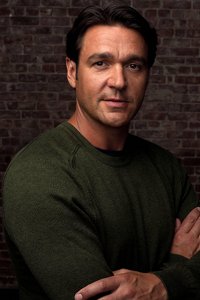 When we last spoke with acclaimed opera singer Nathan Gunn, he was performing the title role in LA Opera’s “The Barber of Seville” as well as a recital at the Broad Stage.  Now, he will make his debut at the Segerstrom Center for the Arts March 24-27. Appearing as part of the Cabaret Series in the Samueli Theater, Gunn will sing ballads and romantic songs from his CD, “Just Before Sunrise,” which features music by Tom Waits, Billy Joel and Sting. He’ll be accompanied by a band with guitar, bass and percussion.

Gunn will also be adding tunes by William Bolcolm, Lerner and Loewe, Kern and others. “These are all songs that I love and that mean something to me,” he says.  “One of my favorites that people just don’t hear done anymore is ‘Home on the Range.’”

Gunn was praised by Opera News as a “singer with unmistakable star power,” and The New York Times called him “triumphant” — plus, People magazine (and Stephen Colbert!) recognized his handsome looks. He has appeared at the Metropolitan Opera, Lyric Opera of Chicago, San Francisco Opera, Royal Opera House and the Paris Opera, to name just a few. He has earned rave reviews for his performances not only in operas but also in concert versions of Show Boat and Camelot.

Singing in the Samueli Theater will offer an intimate experience of this award-winning baritone’s incredible voice, and he’s looking forward to the experience. “This kind of venue is luxurious for a person like myself who is used to singing to several thousand people in an audience without a microphone,” he says.

We caught up with Gunn to talk about the opera star’s return to the SoCal area and see what he has been up to recently.

Culture Spot LA: A performance of this sort is obviously very different (for audiences and for you) than an opera. What do you enjoy or see as the advantages of both forms?

Nathan Gunn: Opera has the possibility to reach people in many different ways: through the music, the story, the beauty of sound and words, by movement, incredible sets and costumes, etc. It takes the best of theater and when done properly and well is a very powerful art form. The Cabaret venue is one in which I can tell my story. It’s a way in which I use music to get to know an audience, or rather for them to get to know me.

CS: Do you have any other plans while you’re in California for the Segerstrom appearance?

NG: Well, since my two brothers-in-law are playing in the band (it’s a very musical family), we’re going to be having a lot of family time. I believe the kids have plans to visit Disneyland. I’m just looking forward to making music and to visiting with family and friends when I have some free time.

CS: You previously mentioned that you feel it’s important to create new opera roles and support contemporary composers, and you have the track record to prove it. Have you done anything in the past year, or do you have anything in the works that audiences can look forward to?

NG: There are so many new pieces that I’m involved in that it’s kind of hard to name them all. I’ll be debuting a new set of songs by Jake Heggie and Gene Scheer for an event at the Dallas Opera House. Last season I participated in a new opera by Daron Hagen called “Amelia” at the Seattle Opera. I’ve been talking to the Pacifica String Quartet about commissioning a couple of pieces to perform in recital in the next couple of years.

CS: What are a couple of the highlights of your past year, and why do they stand out as the best?

NG: Mandy Patinkin and I have put together a show this past year that is really, really fun. He’s a great artist and wonderful person to work with. We have tons of fun together. This coming month I’ll be singing at the Carlyle Café, which has an incredible history and is something that I’ve always dreamed of doing. Recently I returned from an incredible production of “The Rape of Lucretia” in Vienna. Also, on a personal note, I’ll be performing both “Die Schöne Müllerin” and “Die Winterreise” with my friend and teacher John Wustman to celebrate his 80th and my 40th birthday.