Under the artistic direction of pianist Dee Stevens and flutist Susan Greenberg, Chamber Music Palisades has become a unique and extraordinary organization over the past 12 years. Its concerts at St. Matthew’s Parish in Pacific Palisades have a neighborhood, grassroots quality that is particularly endearing. Though the venue does have its shortcomings as a performance space, the ensemble provides genuinely accessible chamber music of the highest order. The April 28 program of works by Mozart, Paul Hindemith, Heitor Villa-Lobos, and Cesar Franck was an outstanding conclusion to a grand season. 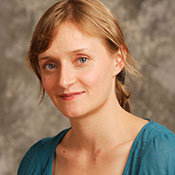 The fondest memory of the evening was violist, Carrie Dennis, principal of the Los Angeles Philharmonic, who stole the show with her compelling art and sound. Dennis’ performance of Hindemith’s “Sonata for Viola and Piano” (Op. 11, No. 4 in F major) was simply among the best I have ever heard. It was exquisite and breathtaking – the highpoint of the evening. Accompanied by Stevens, Dennis delivered legitimate Hindemith – intellectual and demanding, and sopping with humanity. She convincingly mastered this challenging work, all the while invigorating it with moody, warm organic tones that tapped the essence of the instrument. She positively gave no hint of Hindemith as an arid modernist. Her interpretation was at once romantic and impressionistic, but also faithfully spoke a language of linear lyricism. At times, Stevens romanced us with sustained pianissimo melodies embedded in sensual harmonic textures; at other times, we were punched by clusters on the piano as frenetic aural fantasies spun from the viola. Words feel inadequate to describe the validity and vitality of the sound; the mid-concert standing ovation spoke for itself.

On other works earlier in the program, Greenberg played flawlessly in two sharply contrasted works, Mozart’s graceful “Quartet in D for Flute and Strings,” K. 285, and Brazilian Villa-Lobos’ “Jet Whistle” (“Assobio a Játo”) for flute and cello. Her technique in “Jet Whistle” was so well hewn that the listener had no cause to notice just how difficult this music actually is to play.

The Adagio of the Flute Quartet is always a treat, especially the legato flute against a delicately plucked pizzicato. Greenberg found just the right balance, and violinist Roger Wilke’s lead in the Rondeau made an impression that hinted of great music to follow. The flute was less a soloist in this movement, and was occasionally overwhelmed by the exuberance of the string trio; albeit, perhaps, by Mozart’s design.

In “Assobio a Játo,” Greenberg and cellist John Walz were tested thoroughly as they stood in the spotlight of this outré sonic train. As the title implies, the lungs were critical – so many notes, so little breath. The unpredictable flute sailed in broad swaths over Walz’s very deliberate ostinato, and as the duo conversed with gusto in both conventional and unconventional manners, Greenberg wound up in a frenetic, high-pitched whistle-tune frisson. Even this great performance would not have converted Mozart into a flutie, but it was well done and a lot of fun. It particularly sounded good in this venue with its generous reverberation making for a convincing effect.

Franck’s late masterwork, the “Quintet for Piano and Strings,” was called upon for the last farewell of the season. The ensemble exuded a truly grand style, emotional and dramatic, that somehow managed to feel larger than it actually was. KUSC’s Alan Chapman, in a brief introduction, implied salacious underpinnings in this overtly passionate composition to heighten the effect. Wilke, concertmaster of the Long Beach Symphony, played brilliantly despite the difficulty of the composition, and fellow violinist Nina Evtuhov blended beautifully and ably supported every turn of the score, and occasionally was solo herself. Stevens again delivered on a demanding piano part that, even though muddled by the room acoustics, was rich but not maudlin, and solidified the pseudo-symphonic style. The self-confident ensemble rendered a dramatic reading that was right on the mark.