Paul Taylor Dance at the Wallis in Beverly Hills 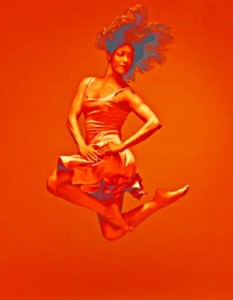 Paul Taylor is one of the pioneers of modern dance. He showed his first choreographies in New York in 1954. Since then, his company has performed in over 500 cities in 64 countries across the globe. Having created a strong, athletic, grounded technique and a repertory of 146 dances, his impact on the art form is paralleled only by artists Martha Graham, in whose company he, at one time danced, and Merce Cunningham. The Paul Taylor Dance Company is in town this weekend and will perform three classics from his oeuvre May 5-7 at the Bram Goldsmith Theater of the Wallis Annenberg Center for the Performing Arts in Beverly Hills. The Friday and Saturday shows begin at 8 p.m., the Sunday event at 2 p.m.

The historic and still-vibrant program includes works created between 1975 and 1998. The eldest is the iconic “Esplanade,” a suite of dances harmoniously set to music by Johann Sebastian Bach and based on walking and running movements highlighted by a surprising jumping and sliding vocabulary. Very kinesthetic and abstractly accessible.

The other dances in the productions are “Sygygy” (1987) and “The Word” (1998). Both are accompanied by original scores composed by Donald York and David Israel, respectively.

Taylor’s offerings onstage and in the studio have become the foundations of American concert dance. Now, as a mainstream institution, his dances have been viewed, applauded and awarded internationally. It is often forgotten that this man, who Graham dubbed the “naughty boy” of dance, broke all boundaries in 1957. A muscular, yet refined mover, dressed in a business suit of the day, the young performer presented his solo, “Epic,” in one of his early shows. This dance is a non-heroic assemblage of ordinary postures like kneeling and standing and received a blank review (no words) in the newspapers. Times have changed for him, to be sure, but the artist continues.

LOCATION: The Bram Goldsmith Theater at the Wallis Annenberg Center for the Performing Arts is located at 9390 N. Santa Monica Blvd, Beverly Hills 90210.