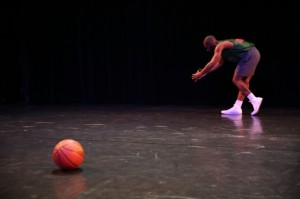 Weekend Three includes Source Material’s music-theater piece, “A Thousand Tongues.” Performed by Nini Julia Bang and directed by Samantha Shay, this debut production incorporates a tapestry of traditional world music as it addresses the ideas of “isolation, the unknown, vulnerability and the veil between this world and the other.”

The third artist on this final program is co-founder of the daring performance ensemble Poor Dog Group. Jesse Bonnell’s “Paradise Island” examines some of the texts by iconic experimental theater artist Richard Foreman as it taps into contemporary notions of bliss.

Many of the productions that have seen their first light of day in previous festivals go on to international exposure. The LA audience serves as a sounding board and jumping off point for the creators to dig deeper into their work, make changes and modifications, and improve their art even more.