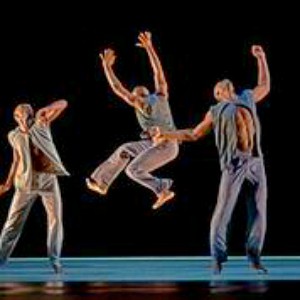 The New York City-based Alvin Ailey American Dance Theater has been performing in Los Angeles for decades. Almost every visit to the Southland includes a performance of its signature master work, “Revelations.” The work was choreographed by company founder and its artistic director until his death in 1989, Alvin Ailey. His timeless celebration of the African-American presence in our culture began in 1960. With a seemingly unending supply of young, gifted dancers, the work is refreshed annually, to the pleasure of each audience. And, like classic movies and time-honored songs, viewers are smilingly familiar with each section of the 30-minute suite of dances.

In last week’s residency at the Dorothy Chandler Pavilion, as a guest of Glorya Kaufman Presents Dance at the Music Center, the company was in fine form. Along with its mainstay offering that was just described, the troupe presented a diverse selection of nuggets from its deep repertory. This viewer was thrilled to have seen the March 11 evening program, which included a recent creation by current Artistic Director Robert Battle and two West Coast premieres.

The highlight of the evening was the 2016 duet for Chalvar Monteiro and Solomon Dumas, entitled “Ella.” This brief adventure was choreographed by Battle and tightly linked to a recording of a live performance by the inimitable Ella Fitzgerald. In it, her virtuosic vocal scatting was matched by an exciting series of rhythmic body part isolations and surprising and explosive jumps, falls to the floor and splits. Dressed in black shirts, pants and jackets with shiny lapels, the dancers presented an engaging divertissement and precursor to the crowd-pleasing hallmark ballet that followed it.

Both new works, longtime company dancer Hope Boykin’s “r-Evolution, Dream.” and MacArthur Genius Fellow Kyle Abraham’s “Untitled America,” were inspired by events and people connected to the (African-)American experience. In the former, an original text reflected on writings and speeches of Dr. Martin Luther King, Jr. In the latter, recordings were drawn from interviews with people who had been incarcerated and with members of the families of imprisoned men and women. This set a serious tone for these movement/text/music explorations.

The dancing in each of these commissions was strong, powerful, exacting and fierce. The opening solo in Boykin’s treatise, performed by Los Angeles-born and -bred Matthew Rushing, was physically forceful and visually arresting. But the thought-provoking librettos never harmonized with the movement and compositional choices offered by the dancemakers. Jazz composer Ali Jackson’s score for “r-Evolution, Dream.” provided an always-changing aural landscape for Boykin’s horizontal lines of action. Sound designer Sam Crawford’s collage of auditory expression included spiritual songs and electronic tones that suggested heavy doors dropping down. These fueled Abraham’s investigations. His downstage to upstage line-ups of performers and a wrists-clasped-behind-the-lower-back motif implied a prison-like experience. Unfortunately, however, the words, music and sound scores never added up to a satisfying whole.

Happily, the company will be back.