In a concert on Jan. 31 titled “Late Masterworks by Mozart and Bruckner,” Herbert Blomstedt led the LA Phil in two monumental works: Mozart’s Piano Concerto No. 27 in B-flat major, K. 595 with Richard Goode at the keyboard and Anton Bruckner’s Symphony No. 9 in D minor.

Not only are both works masterpieces, they were written and/or completed in the year of their respective composer’s death (although Mozart would go on in the last year to pen numerous other works), which imbues them with even more significance. Moreover, Mozart’s 27th concerto was his last in that form, and Bruckner died while still putting the finishing touches on the Adagio. 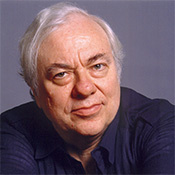 This concert of late masterworks by composers at the height of their musical maturity was led by a conductor who, at 87, is still at the height of his conducting prowess, and in the case of the Mozart, a pianist—Goode—who is one of the world’s leading Mozart interpreters.

Thus, Saturday night’s concert was a rare treat for the audience, with the chance to hear two seasoned performers interpret these two masterpieces.

Blomstedt opened the program with the Mozart, and he stood not on the podium, but on the stage with the players, and used a tiny score (are his eyes really that good at 87?). Goode is known for having the scores on the piano when he plays (see Culture Spot’s review of his recital from October 2012 http://culturespotla.com/2012/10/review-richard-goode-at-the-broad-stage/), and this evening was no exception.

This was Mozart as it should be played. With a Mozartian orchestra and a conductor standing on the stage with the players without using a baton, the LA Phil gave a performance that, if one’s eyes had been closed, could have been mistaken for one in the 18th century with Mozart at the piano, with the exception of modern instruments. Blomstedt provided the perfect Mozartian orchestral accompaniment to Goode’s sublime playing. It is ethereal music, and with Blomstedt, Goode and the LA Phil, the genius of a mature composer, even at the age of 35, in the year of his death filled the hall.

Much has been written about Bruckner’s ninth symphony, especially as it was his last and was unfinished when he died. Although he left sketches for a fourth movement, and other composers/musicologists have tried to realize it, it seems appropriate that the symphony ends with the Adagio. This is all the more poignant when one considers that he is said to have uttered what amounts to a premonition of his own imminent death hoping that he would live long enough to finish the fourth movement. Also, by the end of the Adagio, he had quoted his seventh and eighth symphonies, and his Te Deum, suggesting that perhaps he was looking back on his life. And, of course, the Adagio ends with four full measures of a sustained E major chord in the horns and trombones that seem to try to hold on as long as possible before, as Herbert Glass in the program notes stated, the music floats “sublimely, ultimately into the ether.” Blomstedt then held his large and expressive hands in the air even longer, slowly lowering them as if to try himself to hold onto those last breaths even longer.

This is religious music even for the secular; Bruckner dedicated the symphony “to my dear God,” and the first and last movements are marked Feierlich (solemn). And, as if to underscore his religiosity, the wind choirs frequently sound like the organ that Bruckner played. As with the Mozart, the 87-year-old Blomstedt conducted it in a way that a younger conductor simply couldn’t; it takes a mature conductor who truly understands both the piece and Bruckner to get the audience to “hear” the soul of the music.

Without a baton or a score, Blomstedt led the orchestra in a no-frills performance, but it was one that plumbed the musical and dynamic extremes of the symphony and, at the end, left everything out there on the stage.