On Feb. 15, Charles Dutoit returned to Walt Disney Concert Hall to lead the LA Phil in three works, The Hebrides overture by Mendelssohn; Mozart’s Symphony No. 29 in A major, K. 201; and Don Quixote, Fantastic Variations on a Theme of Knightly Character, Op. 35, by Richard Strauss with Gautier Capuçon as soloist and also featuring LA Phil’s principal violist Carrie Dennis and concertmaster Martin Chalifour.

The concert opened with an inspired performance of the Mendelssohn. The Hebrides overture is played so much, it would be easy to take it for granted and rest on its laurels as a popular concert piece. But Dutoit perfectly realized Mendelssohn’s first-hand impressions and then recollections of the Hebrides islands off the coast of Scotland and, in particular, Fingal’s Cave (the overture’s subtitle) on the island of Staffa. The piece ebbs and flows, like the ocean, beginning with the undercurrent of cellos, violas and bassoons against a backdrop of violins suggesting gentle waves. Dutoit gently caressed the strings of the LA Phil and, even though the piece is not programmatic, Dutoit made it feel like one about the sea and the islands that so enchanted Mendelssohn. It was so perfectly played that at its conclusion the audience brought Dutoit out for two curtain calls, which is unusual for the opening overture of a concert. 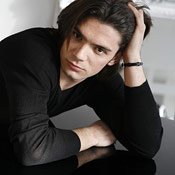 The orchestra then downsized considerably for the Mozart. In fact, except for strings, the only other instruments were two horns and two oboes. So, in essence, this delightful and sparkling symphony is really a string symphony with woodwind accompaniment. Dutoit lent it a particularly light and airy feel, which, except for a particularly noticeable horn flub toward the end, would have been flawless.  Even though Mozart was to write his best-known symphonies long after the K. 201, this symphony reminds us of his genius and his musical prowess at the ripe old age of 18.

Don Quixote is the least often played of the Strauss tone poems, but it is nevertheless demonstrably recognizable as Strauss; although Don Quixote is more atonal, it still has moments of his soaring melodies. It features the solo cello prominently as Don Quixote played on Friday night authoritatively by Gautier Capuçon (brother of violinist Renaud), with his servant, Sancho Panza, rendered by the solo viola played with verve by LA Phil principal violist Carrie Dennis. Both got deep, rich sounds from their instruments, and there was a particularly French connection between Dutoit and Capuçon. There were also other standout performances by concertmaster Martin Chalifour and principal oboist Ariana Ghez, whose solo was especially beautiful and heart-rending. 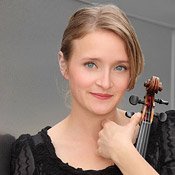 Dennis always looks as if she is doing battle with her instrument, attacking it and moving as if the two are struggling, and there was a moment when a string on her viola broke, at which point she immediately switched instruments with a fellow violist. At the end of the performance, Dennis seemed bashful and almost reticent to accept the audience’s cheers. In fact, whereas Chalifour’s chair was turned somewhat toward the audience, Dennis’ chair noticeably faced away from the audience during her performance. Nonetheless, she completely earned the adulation from the audience.