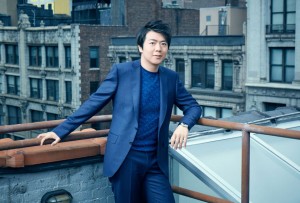 On May 17, the LA Phil, conducted by Dudamel and joined by five well-known pianists, embarked on a week-long series of concerts featuring the five piano concertos by Beethoven.

Sunday’s concert, surprisingly, was a very classical one, including Beethoven’s Egmont Overture, Op. 84, Haydn’s Symphony, No. 104 in D major, H. 104, “London,” and Beethoven’s Piano concerto No. 2 in B-flat major, Op. 19 performed by Lang Lang. In fact, the Egmont Overture, composed in 1809-1810, was the most recent composition on the program. It was surprising because Dudamel almost always programs some contemporary piece juxtaposed with the more traditional crowd favorites.

Dudamel opened the concert with a brisk and no-frills version of the Beethoven Egmont Overture as part of the incidental music Beethoven composed for the play by Goethe. From the tragic minor chords to the glorious conclusion, Dudamel’s tight and compact reading evoked bravos from the audience.

Stoked by the Beethoven, the audience was ready for some lively Haydn. Haydn’s final symphony is about as pure an example of the classical form as there is. The symphony is unmistakably Haydn, with its slow introduction and its spirited first and fourth movements. With Principal Timpanist Joseph Pereira playing period timpani, Dudamel had the Phil almost sounding like an orchestra of the 18th century. Dudamel, smiling throughout most of the symphony, at times had his left hand in his pocket. He was as relaxed as we’ve ever seen him, and he clearly enjoyed conducting the Haydn almost as much as the audience enjoyed hearing it.

The second half of this very short concert (about 69 minutes) was devoted to Beethoven’s second piano concerto, which was actually the first he composed. Interestingly, Beethoven composed this concerto while he was studying with Haydn and at about the same time Haydn composed his last symphony. A changing of the guard indeed! So, it is not surprising that Beethoven’s concerto is clearly in the classical style. This is pre-revolutionary Beethoven.

Lang Lang, who was originally scheduled to play several concerts, only played two of the second piano concerto because he has been suffering from tendonitis. One couldn’t tell, however. On Sunday, we didn’t hear the flashy, technical wizardry Lang Lang is noted for. Rather, he gave a very introspective performance shining the light on the Beethoven and not on himself. While there are certainly some technically demanding passages, the concerto mostly requires Mozartian clarity and nuance, and, as usual, Dudamel provided a sensitive and understated accompaniment.

Of course, the audience wasn’t going to allow Lang Lang to leave without an encore and he obliged with an unusual selection: “La Valse d’Amélie” by the French composer Yann Tiersen. The Satie-esque piece is from the French movie Amélie. It was a perfect piece for a pianist suffering from tendonitis and a nice break from the traditional piano encore.