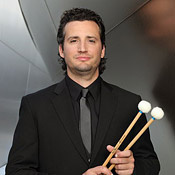 On the beautiful and warm Sunday afternoon of Jan. 28, the LA Phil, conducted by Music Director Gustavo Dudamel, presented a concert of works by Stravinsky, Joseph Pereira and Brahms.

The concert opened with an early work (1908) by the 28-year-old Igor Stravinsky — Fireworks, Op. 4 — which predates his major and revolutionary ballet scores, beginning with The Firebird. And in this 5-minute-work, there are hints of the genius to come. Dudamel didn’t wait, as he usually does, for the audience to quiet down before starting, and he delivered a sparkling performance of this Stravinsky gem. It was a perfect hors d’oeuvres for the two longer works that followed.

The first half concluded with the world premiere of a work commissioned by the LA Phil from its principal timpanist, Pereira, titled Threshold. First, how cool is it for the principal timpanist of our city’s orchestra to also be a composer? The work featured Pereira himself on timpani and two other percussion soloists, Tim Palmer and Jason Huxtable, who are members of the percussion ensemble, Maraca2. The piece, a bit long at 25 minutes, was scored for large orchestra and a large number of percussion instruments, most of which were spread across the front of the stage symmetrically for the two soloists who were on opposite sides of the stage. Of course, there were also many other percussion instruments played by the LA Phil percussionists. Threshold is not just a work for percussion and orchestra; it was truly a percussive composition in which even the typical instruments of the orchestra played percussively. For example, the flutes frequently simply blew air into their flutes.

Pereira sat in the middle of several timpani drums, and the soloists started out at the extreme ends of the stage and gradually worked toward each other in the center. All three soloists were outstanding, and it was fascinating to watch them move from instrument to instrument and play each in its own unique way.

At the conclusion, the audience stood and cheered for their principal timpanist, as much for the fact that he composed and performed such an extraordinary piece as for the piece itself. The orchestra joined in the celebration. While Threshold does not have detectable melodies or harmonies, it was an experience to hear and see it performed live.

After intermission, Dudamel provided a striking counterbalance to the melody-less piece by Pereira with a performance of the Romantic Symphony No. 1 in C minor, Op. 68 by Brahms. Dudamel has conducted this symphony before, but this time a more mature Dudamel — he’s 37 now! — gave a more dramatic and serious performance of an already-dramatic symphony.

There’s very little light in this symphony. Two notable exceptions are the graceful Allegretto third movement punctuated with a wonderful writing for the clarinet played without sentimentality by the Phil’s principal clarinetist, Boris Allakhverdyan, and, of course, the main theme in the last movement which opens with the famous horn solo leading to the same theme in the flute. Kudos to the horn section led by Principal Andrew Bain for some wonderfully powerful playing, as well as to the whole orchestra for a memorable Brahms first.