On Saturday night, Emanuel Ax concluded his five-month-long Brahms Project with a performance of Brahms’ Piano Concerto No. 2 in B flat major, Op. 83 with Gustavo Dudamel and the LA Phil at Walt Disney Concert Hall. Dudamel opened the concert with Brahms’ Academic Festival Overture, Op. 80, and concluded the first half with the world premiere of Release for piano and orchestra by Andrew Norman, featuring Ax on the piano.

Dudamel and the LA Phil gave an exhilarating performance of the Overture, allowing the woodwinds, in particular the bassoons, to be quite prominent in passages, including the opening, where the strings played sotto voce. Dudamel didn’t allow the tempo to get away with him, and the result was a lush but still exuberant rendition of the only piece Brahms wrote for such a large orchestra. 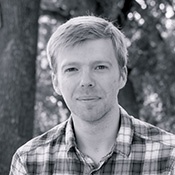 In keeping with the theme of the Brahms Project, the piece by Norman (who is composer-in-residence with the Los Angeles Chamber Orchestra) is an exploration of two motifs that were important to Brahms, F-A-E (frei aber einsam, free but lonely) and F-A-F (frei aber froh, free but happy), the latter of which was used by Brahms in his third symphony.

The piece begins with the pianist simply touching the keys of the piano with no sound (as the program notes indicate, the pianist sits down at the keyboard and begins improvising first by simply imagining the notes). It was an awkward few moments for the audience who wasn’t sure what was happening. Fortunately, Ax began playing some solitary notes, which quelled the growing restlessness created by the silence and the sight of Ax sitting at the piano and pantomiming playing.

The orchestra part, like the piano part, evolved slowly with the strings picking up on the notes played by the piano, like an echo. Other strings played high harmonics; and a host of unusual percussion instruments, including almglocken (tuned cowbells, sometimes known as Alpine Bells), crotales (small tuned brass disks) and pitched gongs, added to the ethereal sound.  Some of the sounds scored by Norman were at first difficult to identify. For example, several times the horn players simply blew air through their mouthpieces. Initially, it sounded like a wind machine, and because it looked as if they were playing their instruments, it took a while to figure out they were the ones making the sound. Also, all three percussionists used bows on their respective instruments to create additional eerie sounds.

For all it’s modernity, however—and perhaps because it incorporated the two Brahmsian three-note motifs—Release was still tonal enough to be accessible to the listener. Both the orchestra and Ax gave a stirring performance that took the audience on a sonic ride through Norman’s imaginary soundscape.

The concert, and the Brahms Project, concluded with a performance of the second piano concerto, which, although monumental in length (50 minutes) and number of movements (four as opposed to the traditional three), is still surprisingly small, written for a traditional classical orchestra, including two flutes, oboes, clarinets and bassoons, four horns and two trumpets. And the trumpets don’t even play in the final movement.

Ax is a champion of Brahms’ piano music, and his portly physique offers a glimpse of what it might have been like to watch Brahms himself play. Ax has performed the Brahms piano concertos many times in his illustrious career, and it is clear that he is a favorite not only of audiences at Disney Hall, but of Dudamel as well.

The performance sparkled, and Dudamel, as he is wont to do, kept the orchestra volume low enough during most of the piano passages to be able to hear Ax’s Brahmsian playing.

A surprise of the evening was the encore, in which Ax returned to the stage with sheet music and proceeded to accompany LA Phil Principal Cellist Robert deMaine in The Swan (Le cygne) from Saint-Saëns Carnival of the Animals. Both in that and in the slow movement of the Brahms concerto, deMaine showed why he is the principal cellist, playing with a deep and warm and sonorous sound.  It was magnanimous of Ax to showcase deMaine this way.