People like to say that music is the universal language, but on Sunday at Disney Hall the LA Phil concert was literally reflective of its universality, or at least its internationality. The conductor, Juanjo Mena, is from Spain; the piano soloist, Behzod Abduraimov, is from Uzbekistan; and they performed music by Prokofiev, a Russian, and Dvořák, a Bohemian (Czechoslovakian).

Disney Hall was not full, perhaps reflecting the glorious day outside or, more likely, a performance by a relatively unknown conductor and soloist, although the program itself, featuring Prokofiev’s Symphony No. 1 in D major, “Classical,” his Piano Concerto No. 3 in C major, and Dvořák’s Symphony No. 7 in D minor, Op. 70, should have been enough to entice a full house. Too bad for those who missed it. 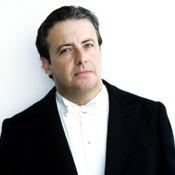 Some concerts immediately draw in the listener and never let go, and this was such a performance. Of the many possible factors responsible for this effect — the musicianship of the soloist and orchestra, the acoustics of Disney Hall, and, of course, the wonderful music by Prokofiev and Dvořák — the most palpable factor was Mena’s enthusiasm and passion for the music. He grabbed the audience from the first fortissimo D major chord of the “Classical Symphony” and didn’t let go until the last glorious D major chord of the Dvořák (coincidence?). Mena moved with the music, at times literally dancing on the podium with one or both legs off the ground. He was the music, and it was difficult for the audience to take their eyes off of him.

The concert began with the Prokofiev symphony, written in the style of a modern (early 20th century) Haydn symphony. And like a Haydn symphony, it sparkles. Mena and the LA Phil played it energetically, with just the right tempo and humor, and in the end realized Prokofiev’s vision of a modern Haydn-like symphony.

The third piano concerto by Prokofiev, completed only a few years after the “Classical Symphony,” but sounding like it was written much later, was a fitting conclusion to an all-Prokofiev first half. Beginning with the opening clarinet solo, rendered wistfully and with characteristically exceptional tone by LA Phil principal Michele Zukovsky, Abduraimov and the LA Phil seemed to race to the resounding C major finish line. 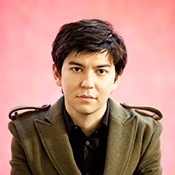 The concerto is a tour de force for both soloist and orchestra. In fact, many of the piano passages were played so fast, one saw Abduraimov’s fingers hitting keys before the sounds were heard. At times, the tall, lanky Abduraimov hunched over the keyboard in a manner reminiscent of the late Glenn Gould. This 24-year-old played superbly, moving seamlessly between the technical and musical demands of the score. He left a big impression on Sunday, and we look forward to hearing more from him.

It appeared as if some members of the audience left at intermission. If so, they missed an impassioned performance of one of the great symphonies in the repertoire — the Seventh by Dvořák.  As music lovers know all too well, just hitting all the right notes isn’t enough to make great music. Of course, the orchestra did hit all the right notes, with some particular standouts, including principal flutist Julien Beaudiment, who showed why he has become an audience favorite, and principal horn Jeffrey Fair, who nailed his solos in some particularly sensitive places in which even the slightest flub could have ruined the moment. The end result was an intensely emotional performance depicting Dvořák’s patriotism and the struggle of the Czech people to overcome political oppression.

The concert on Sunday showed that two relatively unknown musicians, with the help of a world-class orchestra and a terrific venue, can deliver a riveting performance. However, if this concert is any indication, Mena and Abduraimov will not remain unknown for long.