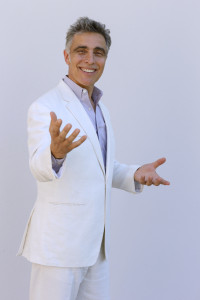 If Saturday night seemed more rowdy than usual, it wasn’t because of the college kids grinding and twerking to hip-hop music blasting out of night clubs in Old Town Pasadena. The savage music and dance came from the Ambassador Auditorium, as the Pasadena Symphony performed its first concert of the 2013-14 season under its new music director, David Lockington, on Nov. 2.

The program started with Dmitry Shostakovich’s Festive Overture. After the triumphant fanfare from the brass section in the introduction, the clarinet set off in a playful manner like little kids storming out to the playground. The tuba danced like an elephant in the syncopated notes. The meaty strings dug in like carnivores eager to gnaw at The Rite of Spring coming up after intermission.

Blood-dripping red meat, however, had to wait for an elegant course served up in the form of Leonard Bernstein’s Serenade after Plato’s Symposium, which is effectively a five-movement violin concerto inspired by that Athenian drinking party where the topic of discussion was love.

Anne Akiko Meyers, with her warm, silky and tender tone is the perfect violinist to speak about love, especially in the deeply personal fourth movement, Agathon. Bernstein biographer Humphrey Burton declared it “some of the most beautiful music of any 20th-century score.” The rich, amorous sound coming out of Meyers’ “Vieuxtemps” Guarneri del Gesu violin could very well have made arguing couples fall back in love again.

Yet Bernstein, behind the fame, success and many lovers, was a lonely figure in turmoil. Young, aspiring novelist Mark Adams Taylor, who was to be the last lover Bernstein seduced, said that the Serenade sounded “like voices you hear when you’re in love, but alone.” Meyers’ performance, perhaps due to the slightly hurried tempo, lacked that sense of vulnerability and loneliness. 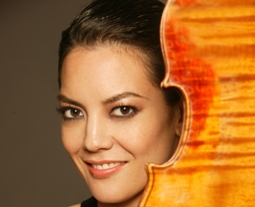 The outer movements gave Meyers the opportunity to showcase her virtuosity and color. In the third movement Erixymachus, Meyers entered into a dialogue with the orchestra. The percussion section, however, didn’t seem to mirror Meyers’ varying of color in her solo passages. If this conversation was about love, then it sounded like a man ignoring the grudging demands of his wife.

Still, there were plenty of hints of virtuosity and swagger in the Pasadena Symphony. Whatever raging animal spirits were caged in the hearts of the musicians were unleashed by Lockington for The Rite of Spring. The opening was for a moment odd, as the bassoon played in a swooning and amorous mood. Perhaps it felt left out of the earlier Plato Symposium on love. The strings reminded the audience, with their thumping and unpredictable accents in “The Augurs of Spring,” that the Rite was no Pablo Neruda love sonnet.

Even the brute Rite can, however, benefit from subtleties. The Part Two Introduction was played too loudly, and the effect of an expanse of emptiness and radiating cold was not achieved. The stark atmosphere was re-captured by the English horn in the “Ritual of the Ancestors,” brilliantly played by Ted Sugata in a snarky, flat and unfeeling manner.

One star of the night was Principal Timpanist Wade Culbreath, who kept the drama moving throughout the piece by displaying the full dynamic range of his instrument. In “The Glorification of the Chosen One,” the timpani beats softly, but its background presence reminds everyone of the sinister series of events to follow. In “The Sacrificial Dance of the Virgin” finale, the timpani athletically reaches a feverish pitch, as if it’s the one dancing to its death.

The Pasadena Symphony has seen its share of challenges in the past few years. But it has survived. With The Rite of Spring, the message was thunderously loud and clear. Emerging are shoots of crocus in the form of the orchestra and Lockington. Audiences have rich growth of music to look forward to in Pasadena.