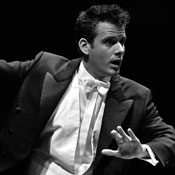 Swiss conductor Philippe Jordan was in town this past weekend to conduct the LA Phil in a series of concerts featuring excerpts from Wagner’s Der Ring Des Nibelungen, including well-known selections from Das Rheingold, Die Walküre, Siegfried and Götterdämmerung.

The four dramatic operas that comprise the Wagner Ring cycle are some of the only operas in which a significant amount of instrumental music from them can be performed as stand-alone pieces without singers, the selections having become popular in their own right. And Jordan, who conducted the approximately 80-minute excerpts without a score, obviously knows the pieces well, having also recorded them with his current band, the Orchestre de l’Opéra National de Paris for the Erato label in 2013. Standing in front of a large, lower-register, brass-heavy Wagnerian orchestra, including five horns, two tenor Wagner tubas and a bass Wagner tuba, three trombones, a bass trombone, a contrabass trombone and a tuba, along with the six harps needed to be heard above them all, Jordan had an idea of the overall effect he wanted to convey, even darker than what Wagner imagined. Jordan gave the distinctive opera audience an introspective and dramatic interpretation of music intended to be played at night — only on a beautiful, sunny Sunday afternoon in downtown Los Angeles. And he and the orchestra didn’t disappoint.

Jordan opened the program with a moving version of the Prelude and orchestral interludes to Das Rheingold, along with the “Entrance of the Gods into Valhalla,” all of which introduces some of the leitmotifs that reappear in the later operas. The Prelude begins with basses joined by bassoons and a single horn before the gradual appearance of shimmering strings meant to evoke the Rhein in a long crescendo, after which the horns enter as a transition to the recognizable Valhalla theme. The 20-minute-plus excerpt from Das Rheingold ends gloriously, and the Phil’s sound was triumphant.

After the dark and brooding selections from Das Rheingold, Jordan led the Phil in a rendition of “The Ride of the Valkyries” that was less glorious, and more urgent, than many other interpretations of what is perhaps the most popular and well-known music by Wagner. He concluded the first half with the “Magic Fire Music” from Die Walküre and “Forest Murmurs” from Siegfried, both of which exude an air of calm, especially after the in-your-face “Ride of the Valkyries.” The orchestra created sounds that reflected beautifully the themes of the selections. And “Forest Murmurs” featured standout performances by Principal Clarinet Boris Allakhverdyan and Principal Flute Denis Bouriakov. 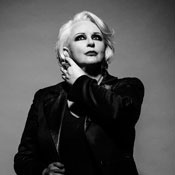 As Jordan and the Phil played the concluding solemn notes of “Siegfried’s Funeral March,” Theorin, looking ever the part of Brünnhilde, full-bodied with short, white hair, strode slowly onstage clothed in a long, flowing red dress. She then proceeded to belt out a convincing Brünnhilde with a powerful voice an impressive vocal range.

It was a rare treat to be able to hear the musical excerpts from Wagner’s Ring cycle presented in such a thematically satisfying way, and Jordan and the Phil mustered their collective virtuosity to deliver a knockout performance.