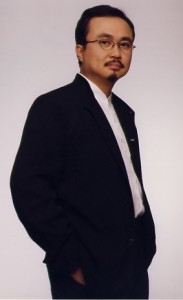 One doesn’t often get the chance to hear a performance by a First Prize winner and Gold Medalist of the International Chopin Piano Competition, but that chance occurred Friday night at Meng Concert Hall in the Clayes Performing Arts Center at California State University Fullerton with a performance by Dang Thai Son, who earned the Gold Prize in 1980 at the age of 22, the first Asian pianist to do so.

Son’s program on Friday included six preludes by Debussy, four pieces by Paderewski and several works by Chopin, including Three Waltzes (A-flat major, post. Op. 69, No. 1, F major, Op. 34, No. 3 and C-sharp minor, Op. 64, No. 2), the Rondo a la Mazurka in F major, Op. 5, the Barcarolle, Op. 60, Bolero in C Major, Op. 19, and the Scherzo No. 2 in B-flat minor, Op. 31.  The Chopin-heavy program was not only appropriate because of Son’s affinity for the composer, but also because it just happened to be Chopin’s birthday.

A video of Son playing the B-flat minor Scherzo at the Chopin competition in 1980 shows a young man with long hair who played with the flair one sees today with many young pianists (https://www.youtube.com/watch?v=ISQ_XKwnftE). But performing at age 22 for a prestigious piano competition in Poland is going to be different than performing 40 years later before an adoring, mostly Asian, crowd in Southern California. Son, now 60, with shorter, thinning hair and smaller glasses, gave a more inward-looking performance on Friday night.

He began with a selection of Debussy preludes taken from Books 1 and 2. Son’s performance of these preludes set the stage and the mood for the entire evening: introspective, intimate and thoughtful. He selected preludes that showed the range of his impressionistic interpretive skills and his almost lighter-than-air technique perfectly suited for Debussy.

As ethereal as Son’s Debussy was, his Chopin was earthly. Son was in his element with his performance of a wide range of works by Chopin spanning his Opus numbers from the Op. 5 Rondo a la Mazurka and Bolero, Op. 19 — both obviously youthful works with hints of the later more mature and more recognizable masterpieces — to one of those later masterpieces, the Barcarolle, Op. 60, and the well-known Waltz in C-sharp minor, Op. 64, No. 2. Son finished with a performance of the B-flat minor Scherzo he performed at the International Chopin Piano Competition. The differences were noticeable. On Friday night, he displayed none of the flair he showed in 1980. His performance was that of a mature, thoughtful performer who wasn’t trying to impress judges and who seemed to be at one with his muse — Chopin.

Son also tossed off four pieces by the Polish pianist, composer and statesman Ignancy Jan Paderewski (Melodie, Op. 16, No. 2, Legend, Op. 16, No. 1, Nocturne, Op. 16, No. 4, and Minuet, Op. 14, No. 1). Obviously influenced by his fellow countryman — Chopin — these pieces by Paderewski, however, were more lighthearted and do not display the passion found in much of Chopin. In a way, Son used the Paderewski pieces as he used the Debussy in the first half — as a sort of appetizer for the Chopin main course — to relax the audience for the passion and urgency to come. Son played them delicately and masterfully.

Son’s adoring fans wouldn’t let him leave without encores, and he obliged with two mazurkas by Chopin, the F minor, Op. 7 No. 3 and the wistful A minor, Op. 17, No. 4.

Son’s name is not heard as much as other, more well-known ones, such as Yuja Wang, Lang Lang, and the older Emanuel Ax, Yefim Bronfman and Andras Schiff, to name but a few. But he certainly stands with the latter as among the most accomplished of his generation. We’d like to see him perform in Los Angeles, perhaps in Walt Disney Concert Hall.

For information about other performing arts events at Cal State Fullerton, visit arts.fullerton.edu/calendar.