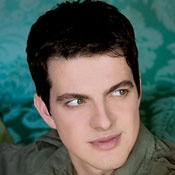 Perhaps the coming of the mating season, spring, is agitating the competitive drive in Earth’s inhabitants. Whatever the reason, in the past couple of weeks, we have witnessed prominent contests, such as the Super Bowl and the Top Chef finale. And at Walt Disney Concert Hall on Feb. 5, we experienced a legendary battle of Farinelli & Porpora vs. Carestini & Handel, featuring the Venice Baroque Orchestra and Philippe Jaroussky, the charismatic and young, but established French countertenor.

Opera was “politics by other means,” as Howard Posner wrote in the program notes. The rivalry on the operatic stage was, in fact, a proxy political war waged between England’s throne and its nobility. The nobles targeted George Frideric Handel for the favor he had with King George I and later George II.  In mounting a proper challenge against the successful and popular Handel, the nobles backed the company “Opera of the Nobility” and hired Nicola Porpora as its composer. The famous countertenors of the time each allied themselves with either Handel or Porpora: Giovanni Carestini with Handel and Farinelli (stage name of Carlo Broschi) with Porpora.

Soldiers entering battle must be drummed up with courage. Fittingly, Jaroussky began his aria program with Porpora’s “Mira in cielo” from Arianna e Teseo. He sang the lines “he jokes and entices, then makes war with his torch and his arrows” with flashes of brilliance, dynamism and bravado that made the lyrics as threatening as a call to arms could sound coming from the highly pitched voice of a countertenor. The virtuosic coloraturas and runs in the arias were sung with such speed and agility that I felt a sensation of being pushed back in my seat in the rapidly ascending scales and momentary zero-gravity in the corkscrew turns.

In a KUSC interview with Jim Svejda, Jaroussky spoke of how he enjoys working with the Venice Baroque Orchestra because of the way the musicians adjust their playing to his voice. In Porpora’s “Alto Giove” from Poliferno, the strings played the opening pulsating rhythms in a somber mood, but with empathy that seemed to encourage Jaroussky to freely and openly express his sorrow and longing, as B.B. King might after a blues riff. Jaroussky’s voice then luminously filled the hall as he sang “that beautiful, loving goddess I so sighed for” in a way that conveyed at once ecstasy from sight of beauty and pain from longing for beauty.

The Venice Baroque Orchestra in its numerous recordings comes across as a fun, approachable, rowdy and dynamic bunch of musicians. In its live performance, the orchestra sounded a bit dry, especially in the period bassoon and viola solos. Perhaps the hall was too big for the size of the orchestra. But the orchestra’s well of imagination was certainly wet and filled to the brim, and the musicians relied on it to provide Jaroussky with an accompaniment that was eloquent, lyrical, rhythmically charged and filled with an array of emotional colors.

In Handel’s “Sta nell’ircana” from Alcina, where Jaroussky sang, “the fierce tiger stands unsure whether to flee, or await the hunter,” the horns boldly announced the cheerful melody like the start of a hunting run. The violins, in their rapid melodies voiced through tremolos, responded to the call of the horn like an excited pack of hunting dogs, running to the buoyant and syncopated beats of the lower strings and horns.

The lute player, Ivano Zanenghi, grinned widely with each joyful passage, nodded somberly in the melancholic moments and eyed Jaroussky like a beautiful maiden, so as not to miss one note in his accompaniment of the retardandos in the arias.

Handel and Porpora ran their companies to bankruptcy in 1737 in their attempts to outdo each other. It’s not surprising then that opera has been described as the most expensive of human endeavors, save war. But while music may have been employed as a weapon in this rivalry, what has endured far longer than the lives of politicians or composers and their conflicts is the gloriously jubilant and heart-tenderizing music, conceived through the fermentation of the composers’ creative urges and their competitive spirits. Today, their music serves to unite, not divide.